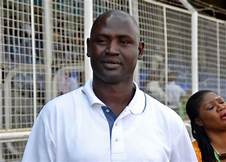 By Femi Atolagbe
|
Sunshine Stars coach Kabiru Dogo has expressed hope of making up for the home match draw against Rivers United FC of Port Harcourt .

Dogo, who stated this during the post match briefing with newsmen at the Ondo State Sports complex in Akure added that good result is on the way if the officiating in Akure is replicate in the other centres.

“I believe we can win anywhere and recover the points we lost if today’s officiating is repeated in other venues. We dominated the game, but Rivers came here with the plan to defend and they got it right.

“We didn’t create enough while the chances we had were not utilised. It’s just the start of the season, we will work on the lapses noticed in our attack before our next games,” Dogo posited.

Reacting, Head coach, Rivers United, Stanley Eguma said having studied the team very well , we determined to get maximum three points, he however applauded the maturity of his players during the game

Eguma also hailed the officiating stressing that the league is getting better.

The game ended in a barren draw in the first half, before Fuad Ekelojuoti put the hosts ahead with a diving header  in the early stage of the second half, but Wasiu Jimoh was on hand to bring Rivers United back to the game in the 57th minute when he tucked in an effortless goal.

With two outstanding games at hand, Sunshine Stars have two points from two games after four round of matches

Sunshine Stars’ next game would be a trip to the Pantami stadium Gombe, where they will play Wikki Tourists of Bauchi on Sunday.