‘Sunshine Stars ‘ll be back to its glorious years’ 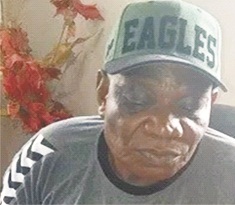 By Femi Atolagbe
|
The Chairman of Ondo State Football Agency (ODSFA), Otunba Tajudeen Akinyemi has reiterated his commitment to bring Sunshine Stars back to its glorious years.

Akinyemi, who affirmed this during a chat with the Sporting Hope in his Oda office ,said Sunshine Stars  was never disbanded, adding that what is going on in Sunshine Stars is reorganization. “We are reorganising the team to justify the huge amount expended on it by the state government.

According to him part of the reorganisation and plans to return the team to where it really belongs in the NPFL is the signing of seasoning and first class technical adviser for the team.

The chairman added that he relied on Dogo’s previous achievements in Nasarawa United that is why we stuck to him, adding that Dogo had taken them to two continental Cup, he is  very stable in the Nigeria professional league (NPFL), as long as he has performed well overthere, he will do well here with the pool of talents we have here.

He stressed further that part of the plan was to promote at least five good players from Rising Stars to Sunshine Stars.

“With scouting and Dogo’s connection we are sure of formidable team for the next season which is abridge league .

“We did not sign agreement with Dogo to come with his players , what we agree on was that we are going to make the players recruitment open , let everybody come and display their God gifted talents.”

“The camp is going to be opened here in Akure , before we move to Ilorin for camping, we did well with the last recruitment we did here in Akure and it brought a lot of dividends.”

We are also thinking of calling back about thirteen to fifteen exceptional players that did fantastically well for the team during the last season.”

“But if the players said no, that they are not staying with us, we will allow them to go, why they may say no is because we want to cut down their bogus salaries, their salary is too high.”

“Some of the teams that are making waves in the NPFL are not paying as high as we are paying. As a matter of facts we are the highest paid club in Nigeria.”He concluded.