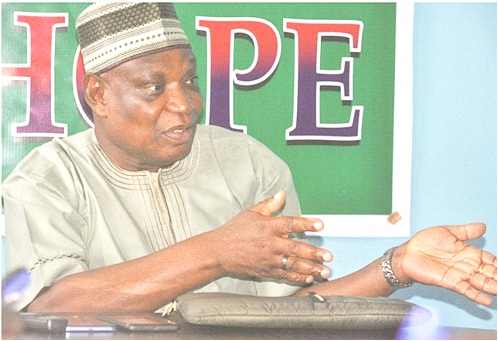 Chairman Ondo State Football Agency (ODSFA), Otunba Tajudeen Akinyemi has assured Sunshine Stars fans that all issues barring the team from registering newly signed players will be resolved in the next few days.
Akinyemi in a chat with Sporting Hope revealed that Sunshine Stars were under FIFA’s ban because of the money owing a player loaned from Ghana about two seasons ago who reported the team to FIFA iover nonpayment of his wages.
According to him, “FIFA said we must pay him is entitlement before we can be allowed to register new players this season.
“All issues surrounding his payment will be resolved immidiately we come back from our away match against Dakkada FC on Sunday in order to pave way for the registration of our newly signed players.”
He emphasized that the money is going to be paid next week to enable the team inject new quality players into the team and ensure they focus on how to achieve the team’s target which is the Continental ticket.
He said “despite getting seven points from possible 15 points and stood at 11th on the log, we can still get the Continental ticket , the best team in the league got 12 points, and we still have 33 matches to play, league is a marathon race, I’m sure we can still get things done before we finish the 38 matches.”
The ODSFA boss commended the team’s coach, Gbenga Ogunbote for a job welldone, saying his tactical know how gave the team the three maximum points in the last match despite the fact that he has not getting the needed materials for the season.
“We trust and believe in his capability, with right players, I’m sure he will deliver as expected.”
He added “that we are working hard to become a team to beat, we have lots of good and experience players with us, I can assure our fans that as soon as we are free from FIFA’s ban ,the guys will be throw into the fray to give the team the needed bite they lack in front of goal”
“Sunshine Stars will pick up, we are going to be strong, he appealled to the team’s fans to bear with the team over their inability to watch their darling team live, it wasn’t our making, it’s because of coronavirus which is a global practice that made the Presidential Task force on COVID -19 (PTF), Nigeria Center for Disease Control (NCDC) ban fans from all match days in the country.
“This is just for a short period of time, we hope before the end of the season that things will get back to normal.
“They should trust us and be expecting a positive result from us against Dakkada FC on Sunday”