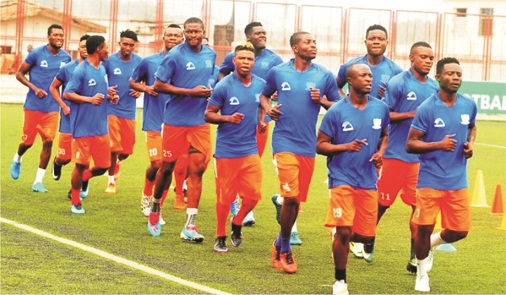 By Femi Atolagbe
|
Sunshine Stars President, Otunba Tajudeen Akinyemi has vowed to do everything humanly possible to recruit experienced Professional Football Players for the team to avoid last season’s experience.

Akinyemi, who gave the hints to Sporting Hope in Akure conceded that the state football team performed below average during the last season campaign.

The soft spoken football administrator added that the management is ready to be fully involved in the recruitment of players for the team this season.

He said “the management because of the confidence they had in the team’s technical adviser, Kabir Dogo and his pedigree we  gave him the role to do all the recruitment last season. To our  knowledge those players  he brought in are not the best legs or they disappointed him. This season we are going to get involved , we must involved because we don’t want another mistake to repeat itself”.

He revealed that most of the players that didn’t impress them would be allowed to leave by the end of the season with no contract extension.

I  just came back from Lagos , I’m personally in talk with about four tested and established  NPFL players , the contract talk will soon be conclude to land them in our team for next season campaign.