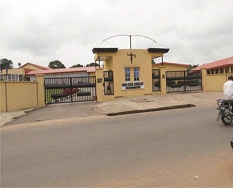 Surety held for failure to produce accused in court

From Sade Adewale
|
Failure to produce an accused person he stood surety for has landed a 56-year-old Clerk, Nicholas Oluwagbemi in Oka Magistrate Court.

The Prosecutor, Sgt. Charles Olagbayi, told the court that Oluwagbemi was being arraigned for standing  surety for one Makanjuola Oluwatobi on December 15, 2014 at High Court, Oka in Ondo.

Olagbayi  said that Oluwagbemi conspired with the accused, Oluwatobi, to defeat the course of justice and failed to produce him after entering into recognizance.

The defendant pleaded not guilty to the charges levelled against him.

Counsel to the defendant, Sir Yinka Adeyosoye urged the court to grant his client bail in most liberal term, promising that he would not jump bail.

The Magistrate, Mr. O O Odenusi Fadeyi, granted the defendant bail in the sum of N100,000 with two sureties in like sum.

Fadeyi said the sureties must be residents within the jurisdiction, while they must show evidence of payment of tax for the current year.

She adjourned the case till September 25, 2019 for trial.