Suspect of Badamosi killers handed over to Lagos Police Command 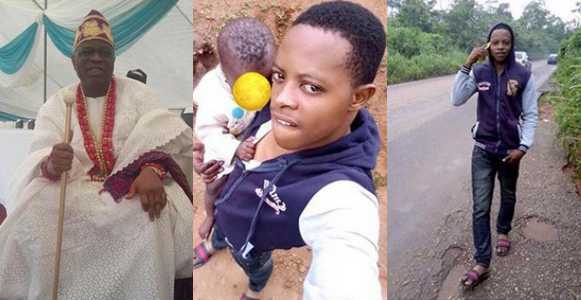 The Police Public Relation Officer Mr Femi Jonhson who gave the hint to The Hope Metro, in a telephone chat yesterday, confirmed that the case has been handed over to the Lagos State Police Command.

The suspects who were not allowed to speak to The Hope Metro while they were paraded at the police headquarters along Igabatoro road, in Akure. According to him, due to an on going investigation still on going in order not to jeopardize the effort of the police.

During an interview with The Hope Metro, the PPRO said “the reason why the suspect would not be able to speak to anyone that three days ago Chief Badamosi a highly respected Chief in Ondo town was murdered in cold blood by his house help.

He said since then, his house help had been declared wanted, while the Police High Command directed that we will be on the lookout

The suspect was earlier in our custody. But now, he has been handed over to the men of the Lagos State Police Command

“But as you know, the case happened in Lagos state command and we are handing over the suspect to our colleagues that came from Lagos State command.