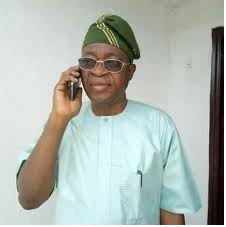 Sports Writers Association of Nigeria, SWAN, Osun State chapter has frowned at the decision of the Osun State Government to stop the salaries of Osun United, Osun Babes as well as contracts of coaches and athletes.
They said the decision did not follow the due process in the round leather game.
This was contained in a statement made available to newsmen by the association’s Acting Chairman, Tope Alabi and Secretary, Timothy Agbor after an executive meeting of the association held in Osogbo.
The statement described the government’s decision to stop the salaries of players and coaches without any formal notification or meeting by the management of the club as a breach of contract.
SWAN says “from our findings through the letter addressed to the management of Osun United and Osun Babes, the reason for the stoppage of the salaries of these players was as a result of the suspension of football activities in the country due to COVID-19.”
“Our position is that this decision is not acceptable because it will further compound the woes of these football players, coaches and athletes during this trying time.”
“Also, since these players’ contracts are still active, it is not proper to stop or suspend their salaries until they see out their contracts with the club. Therefore, this abrupt salary stoppage without mutual consent connotes a breach of contractual agreement and it is punishable under the football law.”
Quoting FIFA rules, Osun SWAN says “Article 13 states that a contract between a professional player and a club may only be terminated upon expiry of the term of the contract or by mutual agreement.”
“Article 16 similarly states that a contract cannot be unilaterally terminated during the course of a season.” Therefore we appeal to the state government to critically consider the sanction against any club, club owners and officials who breach the contract or run foul of the football rules.
“Article 17 of FIFA rules states that “club in breach of contract or found to be inducing a breach of contract during the protected period will also have to pay compensation and have sporting sanctions imposed. If a club signs a player who has terminated his contract without just cause, there will be a presumption that the club has induced the player to commit a breach. The club will be banned from registering any new players, either nationally or internationally, for two registration periods.”