THE synergy among the Western Nigeria Security Network codenamedAmotekun Corps and other security agencies in the South West region during the last Yuletide season has been adjudged as the best so far as the people of the region enjoyed relative peace during the festive period unlike what it used to be in the previous years.

PRIOR to the Yuletide season, the Corps Commanders of Ondo and Osun States ,AkogunAdetunjiAdeleye and Brigadier-General Bashiru Adewimbi,had drafted their men across their respective states to commence a 24 -hour inter-border patrol with no fewer than 750 personnel deployed across the region. A cross section of residents who spoke with The Hope expressed happiness and lauded the synergy among the Corps in South West region, describing it as a right step in the right direction, while they yearned for continuous synergy in the region.

FOLLOWING incessant attacks by armed herdsmen and kidnapping in the South Western part of the country, the governors in the six states making up the region resolved to set up the regional security outfit aimed at enhancing security with the launching of the security initiative on January 9, 2020. The development triggered controversy across the country as the Federal Government, through the Attorney-General of the Federation, Mr AbubakarMalami, described it as illegal.Some northern elements, on their part argued that the move by the South West was to set up a regional police force towards creation of Oduduwa Republic out of Nigeria.

IN the face of opposition, the South West governors were adamant, insisting that there was no going back on Operation Amotekun but agreed to give legal teeth to the initiative at their respective states.

They conceded that the security outfit would no longer be regional but state based in conformity with the community policing which the Nigeria police was anchoring and each state in the region would pass laws giving legal backing to it because of the peculiarity of every state. The Hope notes that the coming of Amotekun in the South West has changed the security architecture of the region as the level of insecurity and crises have nosedived, although not eradicated.

EARLIER, the Chairman of the South West Governors Forum, Oluwarotimi Akeredolu, SAN, had called for a synergy among the Amotekun Corps and the Nigeria Security and Civil Defence Corps (NCDSC) to address insecurity in the region.

ONDO State seems to be the signpost and under the leadership of Akeredolu as Chairman of the South West Governors Forum, we could see the commitment of the Corps and their efficiency in the state , particularly during the last festive period.We, therefore commend Governor Akeredolu , his counterparts in the region, the Amotekun Commanders, especially the Ondo State Commander, Akogun Adetunji Adeleye and his men for the proactive steps taken to address insecurity in the state, which shows that the steps taken by the South West governors are in order.

WITH the success stories recorded especially during the yuletide, there is need to strengthen interstates synergy and build on the foundation already laid. Though issues relating to security is the responsibility of each government, our constitution does not give room for the states to fully operate security outfits.

HOWEVER it is surprising that in Lagos State, Amotekun is yet to take off, despite the inherent security challenges and huge resources at the disposal of the state. The Hope therefore charges each state to be committed to this course and step up its games and make the Corps efficient so that the synergy among the South West states can be efficient. The success of Amotekun has shown that Nigeria will achieve better success in tackling insecurity if each state handles its security.

The recent invasion of Omolege community in Ose Local Government Area of Ondo State, in which three persons, including the Baale of the community, were killed while houses were destroyed, is a pointer to the fact that the Corps needs more reinforcement with sophisticated arms to combat the bandits.

THE Hope, therefore emphasises procurement of right equipment and arms for the Corps while the Federal Government must stop its antagonism of preventing the Corps from bearing the right arms. Also, the Corps needs more intelligence reports to keep its men abreast of the operations of the bandits. We call on Nigerians in diaspora to support the Corps technology-wise by providing funds to acquire advanced weapons.

We equally charge the Development Agenda for Western Nigeria (DAWN) Commission, a dedicated technocratic institution for the sustainable development of the Southwest Region, to provide the intellectual framework for various security agencies operating in the region for effective performance. 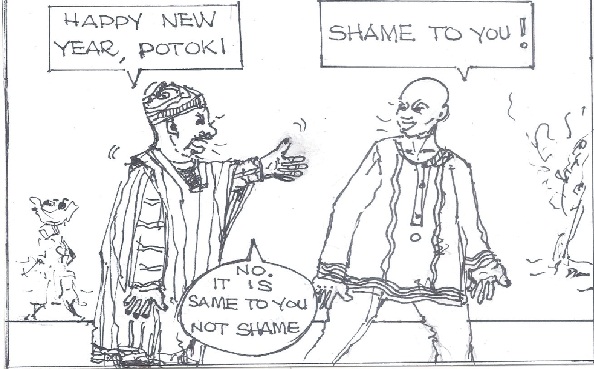