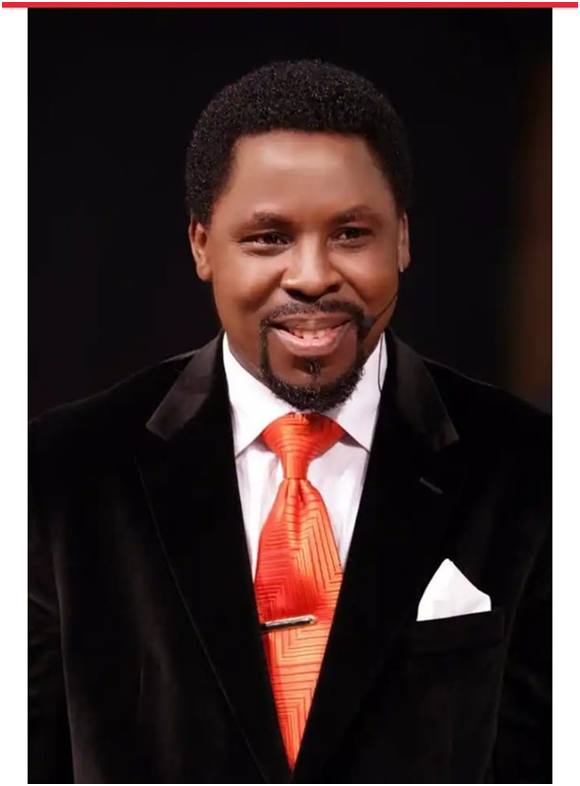 Unless there is a last minute change, the late Televangelist and founder of the Synagogue Church of All Nations, SCOAN, Pastor Temitope Balogun Joshua may be buried in Lagos.
According to a yet to be verified claim, the burial which will be in the church’s premises has been fixed for July 9, 2021.
However family sources in Arigidi Akoko, his ancestral home said they were yet to know about the development.
According to the sources, the family and the monarch of the town, the Zaki of Arigidi, Oba Yisa Olanipekun are still talking with the wife and church members on the need to bury the late prophet in his home town.
Oba Yisa Olanipekun is leading the pack of those demanding for Joshua to be buried in Arigidi Akoko.
The monarch was even said to have led a powerful delegation of family members to Lagos on the issue.
Meanwhile their has be a growing call and demand for the late pastor to be buried in his native home.
His people of Arigidi have held series of processions round the town in their demand while several Akoko leaders and groups have also joined in the demand.
The latest was on Thursday when all traditional rulers in all the four local government of Akoko met and came up with a resolution demanding for the late Televangelist to be buried in Arigidi Akoko.
The Olubaka of oka Oba Yusuf Adebori Adeleye and the Akala of Ikaram, Oba Andrew Momodu were signatories to the resolution adopted in the meeting which was held at Oka Akoko on Thursday evening.