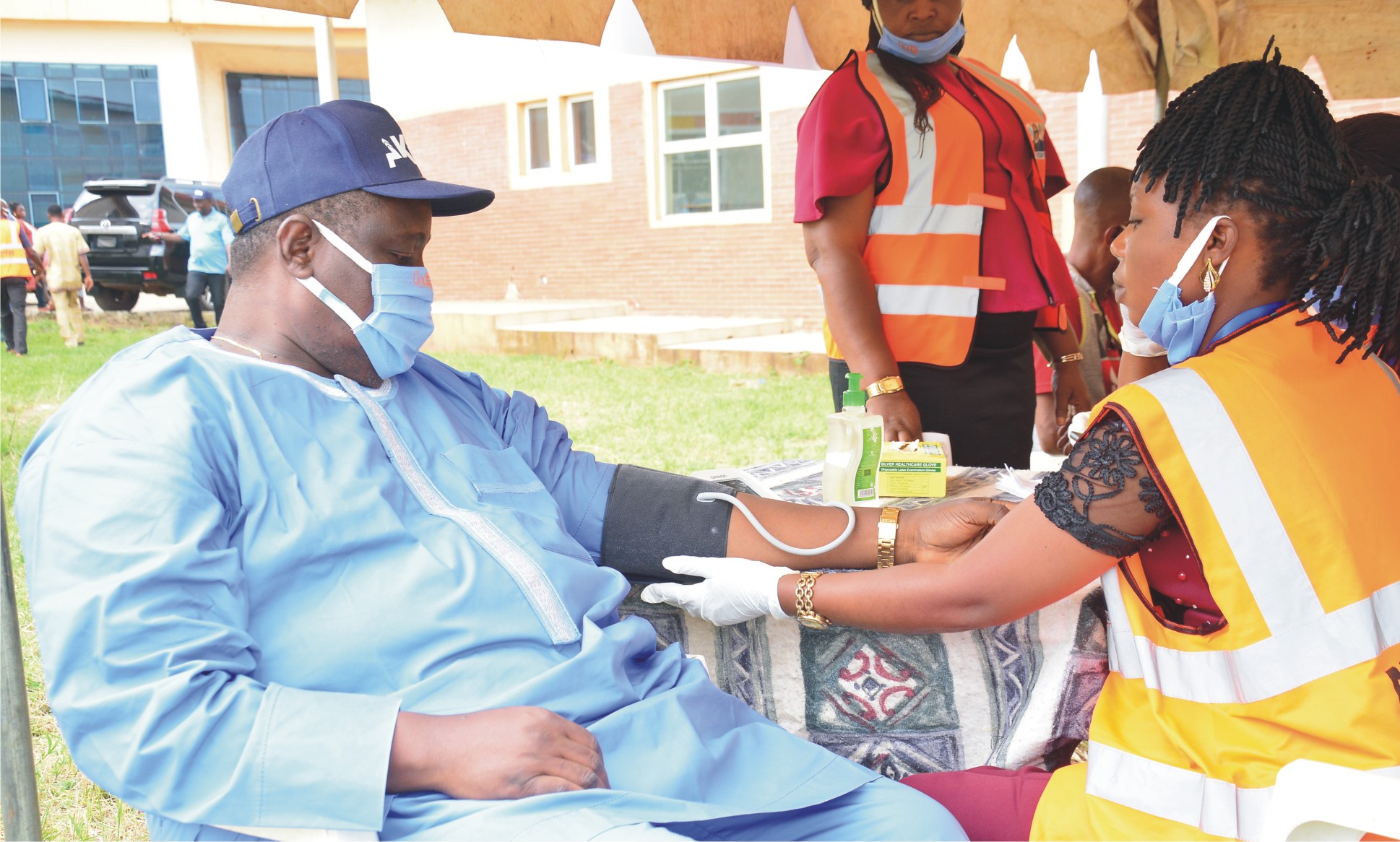 Secretary to the Ondo State Government(SSG), Mr.Temitayo Oluwatuyi has described the Free medical outreach service by the medical committee of the Aketi/Aiyedatiwa Campaign Organisation as a political and called on citizens take advantage of the state to benefit from it.
He revealed this while speaking with The Hope during a medical outreach service organized by the group for the Central Senatorial District in Akure.
While noting that the membership card of the All ProgressiveS Congress(APC) is not involved in accessing the medical services, he explained that it is important that people give adequate attention to their health saying “health is wealth.”
Describing the gesture as unprecedented, the SSG who was one of the beneficiaries, applauded the committee for perfecting the process.
He called on the people to avail themselves the opportunity of having their health checked saying “it is those that are alive that will vote.”
Also speaking with The Hope, Chairman of the medical committee, Prof. Simidele Odimayo who described the state Governor, Arakunrin Oluwarotimi Akeredolu as a leader who is passionate about the health and welfare of the people, said the programme has been put in place for people’s benefit in addition to his giant strides in the health sector.
While noting that the set up is basically about care, concern and welfarism of the people, he pointed out that the committee has been reaching out to people of the state since the inception of the APC campaign through medical assessment.
Odimayo hinted that with the outreach in place, at least 15,000 people will benefit from the gesture while noting that the committee targets 70,000 beneficiaries in the course of the campaign.
His words; ” In this outreach, we are looking at 5000 people in each of the senatorial district. In each of the local government we have been doing, our target has been between 4000 and 5000 and we have been meeting that especially on the prevention of COVID-19 and other health care activities.”
However, he called for more support for the present government by reelecting the governor in the forth coming gubernatorial election in the state.
A beneficiary and a teacher, Mrs Folakemi Adesida while lauding the gesture noted that it availed the people the opportunity to know their medical fitness in order to prevent untimely death.