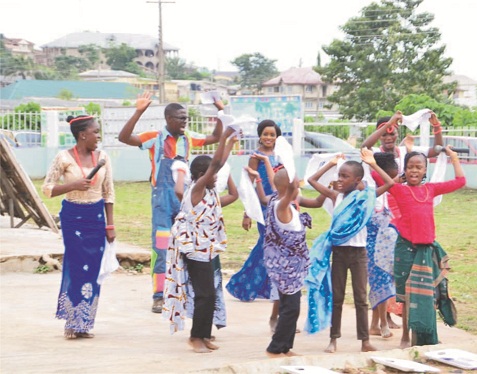 So very often, the doctor has to use some trick; but even then they may not succeed, for some animal patients are clever enough to see through such tricks.

I remember a sick elephant that had to take a very bitter powder. The elephant would not swallow the powder as it was, so the doctors had to think of a way out of the difficulty.

In the end they remembered that this animal had a great liking for potatoes. A large potato was found, and carefully cut in two; half of the inside part was scooped out, the powder was put in its place and the potato was closed again.

Then the doctors placed the cut potato on a tray which was full of whole potatoes and invited the elephant to taste them.

Having eaten a few sound potatoes, the sick animal at last picked up the one which held the powder. He popped it into his mouth and, with a few hurried crunches, it was gone. The doctors’ little trick had succeeded.

Still, the animal must have guessed that there was some­thing queer about that last potato, for after he had swallowed if his appetite suddenly dis­appeared.

Luckily for the doctors, elephants seldom fall ill, and when they do, the medicines given to them are nearly all of the pleasant kind. One animal, who had received a sweet medicine for an attack of stomach pains, even pretended to be ill after he was cured in order to get his daily dose of medicine. His trick was soon found out by the doctors.

Not all Zoo medicines, however, are pleasant to take. When they are bitter, the doctors often hide them in a lump of loaf-sugar. Many animals have such a liking for loaf-sugar that they do not seem to mind very much if it tastes of medicine.

One of the best patients I ever knew was a young giraffe who took his medicine three times a day. The keeper told me that this medicine had a very bitter taste; but the giraffe did not mind taking it for it was given to him on a lump of loaf-sugar!

Some years ago the Zoo doctors had to give castor-oil to an ant-eater, but nothing would make the animal swallow it. Later, the doctors discovered a way out of their difficulty: they poured a little of the oil over the patient’s head. It was quickly licked off by the animal’s long, worm-like tongue and in this way the ant- eater swallowed his castor-oil.

One day a bird called a spoonbill, who lived in one of the big outdoor cages, suddenly became very ill. The patient was taken over to the Zoo hospital where it was decided that the only cure was castor-oil.

Now, most birds dislike castor-oil as much as we do, so the medicine had to be mixed in the bird’s food. Since a spoonbill lives mostly on fish, the only thing to be done was to open a fish and fill it with castor-oil.

I have seen many Zoo medicines being made, but this was without a doubt the worst of them all to prepare. Still, it was finished at last, and the ‘ castor-oil fish ‘ was dangled before the open beak of the spoonbill.

Being a greedy bird, he at once swallowed it and so he took his medicine. I am glad to say that, after a day or two, the spoonbill was well enough to be sent back to his cage.