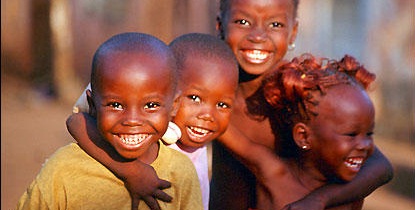 From Francis Akinnodi, Ondo
|
Parents have been tasked on the need to expose their children and wards to the true knowledge of God at an early stage.

The Hope reports that the programme was organised by the Ondo Muslim Forum (OMF) in collaboration with Ondo Development Committee (ODC) to celebrate children during Eidul-Adha across Ondo Kingdom.

He called on parents to discipline their children in the right way when the need arises and teach them the way of the Lord.

Akinsoyinu stressed that the onus lies in the hands of parents to see that they raise children who love and reverence God even from cradle.

“We should be able to inculcate in the children the uniqueness and supremacy of God. Parents have to partner with God in making their children committed to God early in life. Parents need to bring up their children to personally have the knowledge of God”.

He urged Muslim faithful to continue to pray for the progress and unity of Nigeria.

“The way things are happening in Nigeria is confusing, as I am talking to you now, the INEC budgets have not been signed and elections are months away so where are we going. The truth is that every relevant stakeholder needs to come together and be united. The religious leaders should come together and pray for peace in Nigeria”.

Also the Chief Imam of Ondo Kingdom, Sheikh Alhaji Dr. Bashir Alimi urged children to honour their parents and obey constituted authorities to ensure a brighter future for themselves and the nation.

He urged the three tiers of government to provide enabling environment for the people, particularly healthcare and education for the younger ones to flourish in their pursuits.

“It is good to start the teachings of Allah early for the young to live according to the ways of God. Our children are the future of tomorrow”.

Earlier, Chairman, OMF, Alhaji Engineer Hamzant said the forum was inaugurated 16 years ago basically and primarily to propagate Islam in the kingdom.

“Actually, it has been known for the past 16years that we host children immediately after the Eid-El-Kabir celebration. Just to tell the children that Islam is embedded with love and the love for children brought us all together.

“I am not too happy today because, I was not allowed to attend Quran class; my parents were particular about western education but this time around the two can be combined together, because I have seen reasons why the child should be Islamically knowledgeable.

“Parents should try as much as possible to allow their children obtain the two knowledge so as to uphold the teachings of Allah”, he concluded.

Meanwhile, Secretary of OMF, Alhaji Leadi Yusuf commended the Ondo Development Committee (ODC) for its continual support for a successful organisation and hosting of the event.

He said Eidul-Adha is known as the festival of sacrifice for Muslims, adding that good life does not come out of nowhere as it is created by humility, patience, sacrifice and prayers.