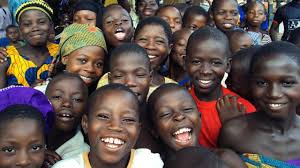 From  Fisayo Akinduro, Osogbo
|
Parents have been charged to wake up to their responsibility in shaping the next generation, by teaching their children to recognise corruption and its adverse effect on the development of the country.

Comrade Debo Adeniran  the  Executive Chairman, Centre For Anti-Corruption And Open Leadership (CACOL), gave the charge in Osogbo at a public lecture organized by CACOL to mark its fifteen years of existence.

Adeniran while speaking on the topic, “Curbing Corruption In Nigeria’s Political Procession” said parents have vital roles to play in the fight against corruption in the country.

While condemning some parents who had remained  hellbent in the promotion of corruption in the society, Adeniran lamented that unchecked corruption, especially in Nigerian public institutions, had destroyed the people’s faith in governance and that is why people find desperate means to survive.

He said ethics and civic education must be incorporated into the curriculum, while parents, teachers and school administrators must recognize their responsibilities   in shaping  the values of the next generation by exhibiting high standards of integrity, honesty and transparency in their actions.

“Citizens are unlikely to be motivated to combat corruption because experience suggests that nothing will change.

“A history of inept leadership have destroyed public belief in governance and created a sense of fatalism.”

He noted that new approaches should be adopted  in  creating  social incentives for collective  action against corruption.

He further said that leaders must inspire faith in anti-corruption efforts by implementing tangible reforms in public institutions.

He urged the Federal government to embark on programmes  that would make corruption difficult for citizens  to perpetrate in  Nigeria.