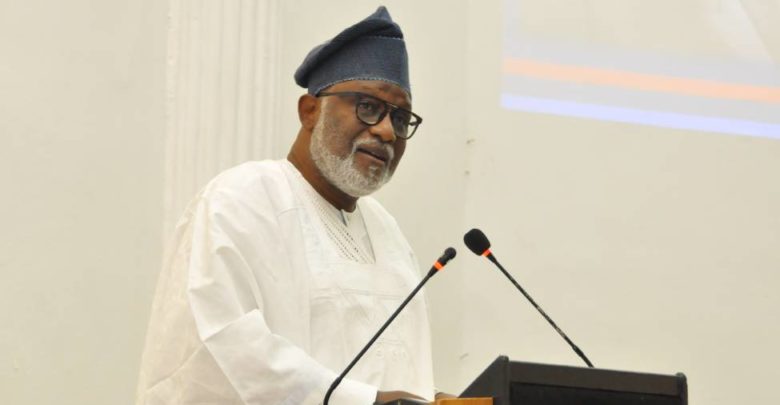 By Adekola Afolabi
|
The Ondo State Governor, Arakunrin Oluwarotimi Akeredolu, has disclosed that the processes of recruiting qualified teachers into schools in the state has begun.

This is coming as traditional rulers in Apoiland within the Southern Senatorial District of the state applauded the governor over what they described as execution of impactful projects across the state.

The last time the state embarked on recruitment of teachers was 12 years ago during the tenure of late Dr Olusegun Agagu’s administration .

Information gathered from government sources indicated that the state Education sector would need up to 3,000 teachers.

The Governor noted that he has been informed about the vacancies in schools in the state, and as such, he has given approval for the recruitment of qualified teachers to fill the vacancies.

He said despite the lean resources at the disposal of the state government, nothing would deter him from his commitment to the wellbeing of the people through the delivery of life-transforming projects.

The governor acknowledged the peaceful disposition of the Royal Fathers to disputes arising from issues of boundary, saying that the state government would not let them down as efforts were being intensified to resolve all boundary related disputes in the area.

Speaking on behalf of the royal fathers, the Kalasuwe of Apoi Land, Professor Sunday Amuseghan hinted that the transformational strides of the governor across all sectors informed the visit of the monarchs which essentially was to appreciate the governor for the projects he had delivered to make life worth living for the people.

The monarch while giving a long list of various projects executed by the present administration in Apoi land and across the state also assured that the Governor would continue to enjoy the support of the traditional rulers to encourage him to do more.

The monarchs also made some requests ranging from siting a tertiary institution in the area, opening-up of the area with more road-network, filling of some vacant traditional stools in the area, upgrade of deserving traditional rulers and posting of medical personnel to the General Hospital in Igbekebo.