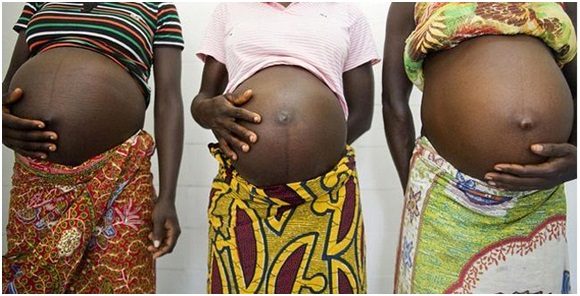 Teenage pregnancy especially in the rural areas of Ondo State, has reached an endemic level, The Hope investigation has revealed.

A survey conducted in some towns in the state showed that the rate at which pregnant teenagers visit primary health facilities and Traditional Birth Attendants, TBAs, in the state is alarming.

Findings showed that they avoid registering at tertiary and secondary health facilities in major cities such as Akure, Ondo, Owo among others, as no data could be obtained in such areas.

Findings showed that they register at community/primary health centres for antenatal.

The survey further revealed that majority of them also patronize TBAs for delivery, to avoid embarrassment and stigmatisation they might face at government hospitals.

The Hope can also confirmed that such teenagers, in company of their mothers, also visit unlicensed clinics and nurses for family planning methods.

Current records obtained from some of the health institutions in the state showed that 167 pregnant teenagers registered for antenatal care at Comprehensive Health Centre, Ore, 52 at Primary Health Centre, Oba Akoko while there are just 23 adults.

A nurse in one of the basic health centres told The Hope that teenage girls and young ladies do come for family planning at the facility, and some of them come in company of their mothers.

“Sometimes ago, we delivered a 13-year-old girl of a baby. The girl was impregnated by a 65-year-old man. It is prevalent in our society, especially in the rural areas, where  poverty is prevalent, Mrs. Adaramoye confirmed.

According to her, most of the teens were scared of visiting government hospitals to avoid stigmatisation and shame.

In a jaw-dropping revelation, Mrs Adaramoye revealed that there were recent cases of 11, 12 and 13 year-old girls delivered of babies by TBAs in the state.

“Have you not heard about that of 9 years old? It is obvious, even at the centre where we held a programme, we had 10 years old. It is just that we cannot be bringing them out.

“Those that are now endemic are the age of 11. A lot of them, like those under 20 years old, are the common ones.”

“It is common in TBA. They will not want to go to hospital to avoid being abused by doctors or nurses. Most of the time, the people that impregnate these children are above 50 years.

“Their parents, who are poor will be deceived with cocoa so that they can marry their children. Things that happened in the past that we thought were no more are still existing, especially in those localities.”

“They woo the parents with properties if they can give their children over to them to marry. If women are pregnant in the olden days if the child is a female, the chief asks for her and they would have land in replacement, it is still happening now.

“It is because of what to eat that is why people do this, even some parents will not have money to send their children to school or to learn work, they will not have a choice than to give them to those that asked their hands in marriage.

“Even if they learn work, they’ll not be able to afford the money to establish themselves. These and more are reasons parents marry their children to old people in exchange for money or farmlands, ” she revealed.

She said the agency had embarked on several sensitisation programmes to educate the young ones and their parents on the consequences of immoral acts.

“We should try and catch them young at this point in time of their lives by teaching them the right things.

“My advice is that parents and guardians should teach the children morals, values and integrity. They should be honest and be upright in everything they do.

“Some of them are even ignorant of sex education. Some parents are shying away from telling their children about sex, lust and love, which should not be so.

” I think one should let the children know what is sex and the consequences of getting pregnant at early age so when the parents do this I think we’ll have lesser children getting pregnant, ” she added.

She further said parents must know the friends their children keep, monitor their activities and schools must also live up to their responsibilities as socialisation agents.