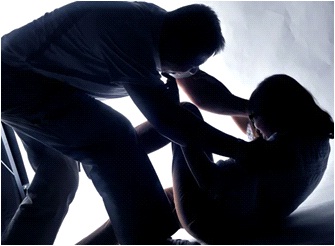 A three man gang has reportedly raped a 15-year-old girl on Sunday at Ifirin quarter, Afo Community Area of Ose Local Government Area of Ondo State.
A reliable source told The Hope Metro that the victim, Ariyo Tayo, was raped by the three men identified as Deji Solomon, Monday Aliu and Monday Olowu.
It was learnt that the victim was raped inside a classroom at St. Davids Anglican primary school, Ifirin quarters
The victim’s father, Mr Kehinde Ariyo, who confirmed the incident to our correspondent, said he had handed over the case to the police to do the needful.
According to him, the suspects were arrested while trying to escape after committing the offence, saying they had been handed over to the Police at Ido-Ani station.
As at the time of filing this report, The Hope Metro learnt that the case has been transferred to Ondo State Police Command Headquarters, Akure.
The Hope Metro further gathered the victim is a grand daughter of one of the chiefs in the community, Chief C.O. Ariyo.
Contacted, the police Public Relations Officer, ASP Tee-Leo Ikoro, who confirmed the incident said, the matter has been transferred to the State Criminal Investigation and Intelligent Department in the state headquarters, Igbatoro road, Akure, for further investigation.
He said as soon as investigation is completed, the suspects would be charged to court.