The agony of accessing passports 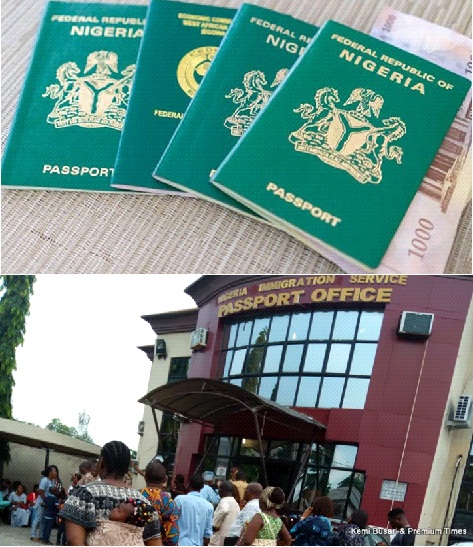 A boy applied for the renewal of his passport in January in Ondo State, but four months later was yet to obtain it. He wanted the 32-page category but was told that it was not available so he had to pay more for the 64-page category.

It was the same situation with a woman, a 56-year-old just returned from Britain, who requested for the renewal of her passport in February but by the end of April was yet to get it.

In Italy, over one million to three million Nigerians registered but can’t get passports due to an  acute shortage of passport booklets.

Not just in Ondo State, but all over the world, many Nigerians who want to get passports either don’t get them after several months, or don’t get them at all, leading to several unwanted consequences.

According to The Cable, Nigerians find it difficult to get passports because the contractor in charge of it has not been able to source for forex from official sources and had to resort to the parallel market.

Iris Smart Technologies Limited (ISTL), the wholly-owned Nigerian company that produces the passport, according to The Cable, has been sourcing for forex from the highly prohibitive parallel market to fund the production of passport booklets, leading to the reduction in the booklets available to the Nigeria Immigration Service (NIS).

For example, the official price for a 64-page Nigerian passport with 10-year validity period is N70,000, while that with five years validity is N35,000.

Applicants for the new 32-page passport with a five-year validity period are to pay N25,000.

For those unwilling to pay, they try to log into the NIS portal but find it impossible to log in due to technical or other hitches.

“I observed the way the immigration officer treated the paper. He threw it lackadaisically to one side of the table that was filled with piled up files. Right there and then, I knew it wasn’t going to fly,” one passport seeker concluded.

Some other Nigerians in places like Singapore find themselves unable to renew  passports when the document is about to expire,  causing trouble.

According to some of them who spoke to a news outlet recently, they face the risk of being deported, losing their jobs or abandoning their education programmes.

For the Nigerians in Italy who don’t have passports, they find it difficult to work, even though Italian officials and companies give them jobs.

For Nigerians in places like Ondo State, they look worn out, tired and dejected, sitting among the crowd at the passport office.

One told this reporter, “I spent so many hours on the queue waiting for collection. I have been here since morning 9.30 till now 2.30pm, waiting to collect my passport and it is the Immigration office that sent me a text message saying it is ready for collection.”

He added that, “many people say that to acquire a Nigerian international passport, you have to know a top immigration officer and most times, it has always been a bad experience. The  government should set up a high-powered mechanism to monitor everything going on in our immigration office and to make passport collection much easier through e-passport.”

Due to these challenges, the Nigerian passport now ranks 98th out of 199 countries in a new report released by Henley & Partners, a London-based global citizenship and residence advisory firm.

It ranks below African countries such as Malawi, Niger, Chad, Zimbabwe, Uganda and The Gambia in the quarterly passport index, which is based on exclusive data from the International Air Transport Association.

So how we get out of this mess?

The Hope notes that the NIS system needs  strong characters who love the country and have the mental, physical and intellectual ability to drive the agency to the point where it realises that it is a service-oriented agency not a revenue-yielding agency.

“They must come with the knowledge that they have come to provide service and not to play on the intelligence of millions of Nigerians who need passports,” said a passport-seeker in Akure.

Perhaps when this realization takes place, the present agony Nigerians go through while trying to access passports will be a thing of the past.

But as for now, it’s not yet time for Uhuru.