Home Devotion The blessing of Judah 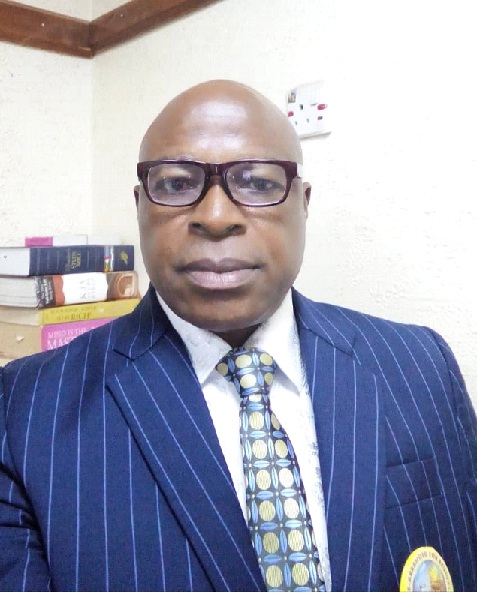 *BIBLE VERSE => Deuteronomy 33 : 7.
And this is the blessing of Judah, and he said, Hear Lord, the voice of Judah, and bring him to his people: let his hands be sufficient for him: and be thou an help to him from his enemies.”
Whenever the records of prayers are read in the Bible, the following facts are always considered for humanity to optimally benefit from the lessons that are hidden in the prayers.
-The person who prayed the prayers. In this case, Moses the appointed man of God,by God himself was the prayer warrior in this important occasion.
-The time when the prayers were prayed must be compulsorily considered. It was the time when the children of Israel were about to enter the promised land of Cannal.
-The beneficiaries of the prayers must be known. Judah was the receiver of the prayers. He was the son of Jacob who had been prophetically told that “thy hand shall be in the neck of thine enemies” Genesis 49 : 8.
-Finally, the contents of the prayers. What were they.
Hear Lord, the voice of Judah.
And bring him unto his people.
Let his hands be sufficient for him.
And be thou an help to him from his enemies.
Beloved, these are very important prayer project upon the head of a single family but we shall magnify only one out of the four for the benefits of all the readers and for the purpose of conserving time and space.
{Let his hands be sufficient for him}
What is the meaning of sufficient? It means the following =>
-Having enough resources to meet necessary obligations and live comfortably.
-Having adequate talents that can recognize and understand opportunities to the point of utilizing the opportunities profitably to the glory of God and eventual benefits of humanity.
-Being competent and skilful enough to convert physical resources to use to the point of making profits that will distinguish a man from the level of ordinary among others to the standard of being referred to as extra ordinary personality.
*What Are The Practical Characteristics Of Men With Sufficient Hands.
-They only recognize God as the absolute supplier and creator of all they have and about to possess.
-They are not afraid to venture to higher level of achievement because they know that their hands are under the endless source of divine support from the Most High God.
-They are always willing to use the blessings they come across to bless fellow human beings and also worship the living God.
-They are practical examples of miraculous success in the field of life where failure is rampant and rampaging agaist the efforts of human beings.
-Their rate of acceleration is often higher in the journey of life even when the road to the right destination is rough, tough and precarious.
-Lack and want are practically bellow them in the midst of others, rather they are givers and lenders to the needy.
-They are positioned to warship God peacefully in the time of famine because lack that are creating fear in the lives of others is prohibited from dwelling with and in them.
-They are often inspired to invest in projects that are capable of bringing high rate of return into their capital as a result of this, they grow from glory to glory.
///The will of God for Judah is also the will of God for you but it is very sad today to know that the hands of many people are not sufficient for them. The following traits are often noticeable in the lives of men/women with insufficient hands.
.Lack of zeal to the work of God in the service of the living God.
.Complaining and murmuring whenever minor difficulties which are hidden stepping stones to higher level are standing before them.
.Quick in yielding to temptation to borrow to solve urgent problems without thinking of how to solve problems from within.
.Always hiding from time to time whenever creditors are calling on them instead of explaining in details the complexity of the problems they are passing through.
.Finding it difficult to make concrete decisions in the sight of sure opportunities to grow because of lack of resources to implement such decisions.
.Constantly feeling inferior to their contemporaries who are highly placed than them in social circles.
.Neglecting personal family needs because of lack of resources.
.Often believing that those who are financially sufficient are scammers and sinners who are living ungodly lives.
.Regularly blaming people who are close to them as the reasons for the situation they find themselves.
.Habitually believing that those who made money through diligence who are not prodigal with their hard earned money are irrational and stingy.
.Under a very bad extreem, some may believe that it is the will of God to humble them with lack and hardship. This is a lie of the devil. The Bible says “Love not sleep, lest thou come to poverty: open thine eyes, and thou shalt be satisfied with bread.”
If any of my beloved readers is in any of the above mentioned positions, the prayer of Moses concerning the prosperity of Judah is a must for you. Your hands shall be sufficient for you and you shall move from lack to endless abundance in the mighty name of