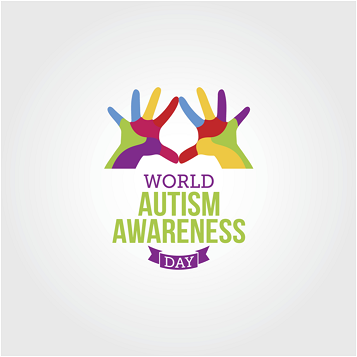 By Aditi Raman Shridhar
|
Each one of us has turned our heads toward that child looking or behaving differently in public spaces. And each parent of such a child has spent years training themselves in avoiding the peering gaze of strangers when their child screamed, made noises or simply garnered attention for looking ‘odd’.

While we may judge the children to have been raised badly, owing to the amount of noise they make or the ‘inappropriate behaviours’ they display, the truth is that the child might be doing it because of another reason – Autism. Today’s column is inspired by the fact that the world observed World Autism Awareness Day on April 2, 2019.

Member states of the United Nations came together on Tuesday at the United Nations Headquarters in New York to raise awareness about autism throughout the world and remove the stigma people attach to autism. They discussed the engagement of assistive technologies for people living with autism as a tool to remove any barriers which may hamper their complete participation in the social, political and economic aspects of the society.

It only seemed essential, therefore, that I discuss the much ‘stigmatised’ disorder of autism with all of you today. This is not only for parents who are raising children with autism but also for those who unintentionally end up judging children for behaving oddly in public spaces – because if you had such a child at home, you wouldn’t.

Autism or Autism Spectrum Disorder is a lifelong developmental disability that manifests itself during the first three years of life. It results from a neurological disorder that affects the functioning of the brain, mostly affecting children and adults in many countries irrespective of gender, race or socio-economic status. Autism is characterized by impairments in social interaction, problems with verbal and non-verbal communication and restricted, repetitive behaviour, interests and activities. Though there is no cure for it, therapeutic and behavioural guidance can considerably improve quality of life.

Unlike those with Down syndrome, kids with autism usually do not have identifiable facial characteristics and neither do they typically use devices such as wheelchairs or canes to alert others to the presence of a disability. As a result, their unusual behaviour is mistaken for terrible parenting, a dangerous lack of self-control or mental illness. This further increases the burden of stigma on the child, especially when they grow up. One study in Israel in 2015, posted on an Israeli university website, stated that caregivers (mostly parents) of people with autism reported feeling more stigmatized than caregivers of people with physical or intellectual disabilities.

Autistic kids don’t start gesturing or babbling by the time they are one year old like normal kids. They are also not able to learn words and understand and convey basic words by the time they are 2 years of age. They are unable to communicate or point out what they need by gesturing or pointing with fingers. Even if they know a few words, they may not be able to communicate or initiate a conversation. In some cases, they cannot make eye contact when asking for something or conveying something to others. They prefer doing activities by themselves instead of indulging in play with others. They do not prefer doing any sort of communication or playing any kind of games with other kids or adults.

While most babies learn to respond to sounds or names, autistic kids are unable to do so. Some repetitive actions include rocking the body back and forth, clapping continuously etc.

As soon as you notice these symptoms in children at your home or neighbourhood, do advise the caregiver to get a diagnosis from a doctor. While there is no cure for autism, a number of treatments including speech therapy, occupational therapy behavioural therapy can help autistic kids learn basic communication and social skills that will enable them to lead better lives in the future.

According to WebMD, autism is more common in boys than girls and it has more than one type. Following are the disorders which are classified under umbrella diagnosis of autism spectrum disorder:

STIGMA AND ITS DAMAGE

In different ways people in many countries view autism as a source of disappointment, annoyance and shame to the family. According to some researchers, this stigma keeps families away from seeking a diagnosis and services for their children, from participating fully in their communities, and from enjoying the same quality of life as others.

Stigma is born of culture, so it may look different depending on whether you are living in South Korea, Australia, the West Bank, Japan or the United States. Pope Francis recently told Roman Catholics worldwide to help with “breaking down the isolation and, in many cases, the stigma burdening people with autism spectrum disorders, and just as often their families.”

The shame and isolation experienced by people with autism and their families is similar to that experienced by others whose differences set them apart. But autism has some unique characteristics that have created an almost perfect storm for shame and rejection.

So what does the stigma look like and what does it do to the child? This depends on where you happen to be. A Palestinian mother on the West Bank described the family reaction to her son with autism as, “Some people from my family were understanding while others were not. They told us to get rid of him. When he got sick they said we shouldn’t spend any money on the treatment.”

In a 2011 study, Dr Young Shin Kim and Roy R. Grinker found several surprising things about autism and stigma in South Korea. First, the autism rate was 2.6%, the highest reported from any country. But even more puzzling was the fact that two-thirds of the children with ASD were undiagnosed and untreated.

Koreans consider autism to be a stigmatizing hereditary disorder, so even the relatives of the child are considered to be threatened by it and their marriage prospects go down in the Korean society.

As a result the Korean mothers prefer to place blame on the child and single them out to make others feel comfortable.

Parents in other countries also struggle with whether to have their children labelled with an autism spectrum disorder (ASD). In Great Britain, researchers Ginny Russell and Brahm Norwich studied parents who accepted an ASD diagnosis for their children and those that rejected it. The parents in the latter group said the diagnosis may invite stigma, prejudice and the loss of a parent’s feeling of “normalcy.”

Efforts to de-stigmatize disability have led to changes in the language. Now, the phrase “special needs” takes the focus away from the “deficits” of a disability. British autism expert Simon Baron-Cohen, among others, wants to replace autism spectrum disorder with autism spectrum condition because it sounds less stigmatizing.

In the case of Asperger’s Syndrome, a high-functioning form of autism, that de-stigmatization effort may also involve pointing out the advantages of having Asperger’s. For example, some advocates point to brilliant historical figures such as Albert Einstein, whom, they speculate, may have had traits of Asperger’s. As a result, Asperger’s has become associated with intelligence or technical prowess in some quarters. In other places, it still carries a stigma, but less than that attached to classic autism.

“I am a Proud Autistic,” said famous Indian poet Tito Mukhpadhyay in 1990s. This is a new form of self acceptance and pride in being different. The flip side is however, that these people believe autism is a natural variation of the human condition and they oppose the effort to cure it.

If you have an autistic child at home or are suffering from autism, know that there is no discrimination and we are all with you. If you are new to the term autism and have got some awareness today, then ensure you don’t discriminate against people with autism. They are very much a part of our society and deserve as much love and compassion as any other human being that you know.

Some famous autistic people are TV presenter Chris Packham, actors Daryl Hannah and Dan Akroyd, and musician Gary Numan. Chris Packham received a diagnosis of Asperger syndrome in 2005 and is now an ardent supporter of the NAS. Last year, The Chase star Anne Hegerty and Niall Aslam from Love Island garnered widespread support after they spoke openly about being diagnosed with Asperger’s.

Echoing the sentiment of UN Secretary General Antonio Guterres on WAAD on April 2, as he said, “On World Autism Awareness Day, we speak out against discrimination, celebrate the diversity of our global community and strengthen our commitment to the full inclusion and participation of people with autism.”