by The Editor
in Main Bowl
0 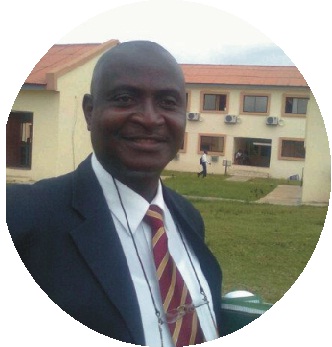 Concerned sentries are watching with incredulity how the Nigeria Football Federation is deifying poor performance in the nation’s single most important team, the Super Eagles. The national team is not a place where poor results should be condoned. It is not a place where under-delivery should be tolerated. But right before our eyes, the people saddled with the duty of ensuring that performance is not poor are fiddling while Rome is burning. Teams which are naturally beneath us are spitting on us with reckless abandon. Even with four goals down in Benin City, the minnows of Sierra Leone, who should ordinarily be awed by the strength and reputation of the Eagles, especially after 4-0 down, treated us with the arrogance reserved for great champions by tearing our net four times to equalise.
As if this was not shameful enough, the Leone Stars subjected the Eagles to further disrespect in Freetown with a goalless second leg. What was most disturbing was that the NFF, which people expected would sanction Gernot Rohr after the insane meltdown in the first leg, cowardly acquiesced to his unbelievable downscaling of our football ambitions to aiming for the electric pole when the sky is there for the taking. Rohr amazingly went for a maximum four points against the Leone Stars in the two-legged encounter when he could aim for six! And none of our football governors challenged him for this sacrilegious demeaning of our ambitions.
Why would they? How can they? Do they have the rectitude to demand higher expectations from a man they themselves gave low targets to at the point of appointment? They demanded mere qualification for the Russian 2018 World Cup and no more from him. He secured this and dutifully crashed out ignominiously in the first round. They demanded mere bronze medals at the Egypt 2019 AFCON and no more from him. He struggled to bag this and garrulouslly strutted all over the place to celebrate this under-delivery. The absurdity of these targets is made more manifest by the fact that such had been surpassed in the past by indigenous coaches.
Under the watch of the incomparable Stephen Keshi, the Eagles, made up of both foreign and local based players in fairly equal measure, won the 2013 AFCON against all odds. In contrast, Rohr went to the 2019 AFCON with a full complement of foreign based players and could only win the bronze. Even while Keshi was working his way diligently to the title, the then NFF tried to sack him and would have done so if he did not win. Keshi not only qualified for the Brazil 2014 World Cup but also matched the Eagles’ best performance ever: a second round delivery. It is ironic that despite these laudable records, one of the first things the Pinnick regime did after inauguration was to sack this high achiever. Now, the same Pinnick-led NFF is finding it difficult, if not impossible, to bare its fangs against an underperforming employee! To the detriment of the nation.
Perhaps, the persons to blame are the NFF chieftains. By setting targets that are definitely beneath the dignity of the Super Eagles that experts consider one of the greatest teams in Africa for Rohr, they have inadvertently lowered the prestige of our fatherland. We cannot accept this. It is not and cannot be the nation’s dream to aim for targets below what we have routinely achieved in the past.
By accepting poor results from Rohr, the NFF leadership has lost the trust of Nigerians. Hear Pinnick: “Nobody is happy about what happened against Sierra Leone in both matches. But it is not enough to sack the coach because his team is still top of the Nations Cup group after four matches. His statistics speak volume for him, so on what indexes do we want to sack him considering the contract recently signed by both parties. No matter how emotional and disappointed the fans are, there’s no basis to sack him now and he deserves to keep his job.”
We must take consolation in the more tolerable attitude of the Sports Minister, Mr. Sunday Dare who rightly questioned Rohr’s competence after the ill-fated matches. His views resonate more with the feelings of the people. “The performance of the Super Eagles from their last two matches calls to question the suitability and competences of Technical Adviser, Rohr, Nigerian football deserves better. The needful will be done,” Dare tweeted.
An official of the Sports Ministry put the whole issue in proper perspective when he said, “The Eagles is Nigeria’s biggest football brand which cannot be toyed with. If Rohr fails to meet the expectations of millions of Nigerians, then we will have no choice but to do the needful…The NFF must be ready to take the bull by the horns instead of hastily defending Rohr. This poor result trend should not repeat itself, otherwise we shall review the entire team set up. The Super Eagles represent more than 200 million people, they wear our national colour and sing the national anthem. They don’t represent any individuals or federation, but the entire country. The aspirations of millions of Nigerians cannot be mortgaged by an individual or small group of people.” I could not have put it better.