The destructive illusion of victory in cheating 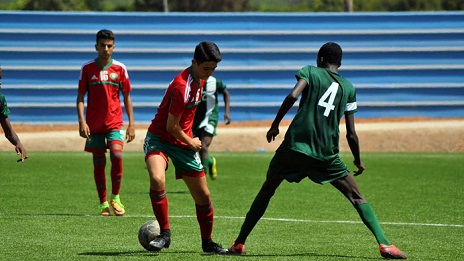 The destructive illusion of victory in cheating

By Steve Alabi
|
I cannot in good conscience applaud the current squad of the Flying Eagles no matter the results they eventually turn in at the FIFA Under-20 World Cup taking place in Poland. The reason for this is very simple: I am not convinced that all our players out there are really within the acceptable age limit. The more I look at the faces of our supposedly young ambassadors, the more I get convinced that we have again sacrificed youth for maturity and future development for present performance. Genuine growth of the national passion will again be postponed.

Despite their obvious maturity, faulty passes, poor defending, midfield muddles and other technical deficiencies characterized the Flying Eagles’ play. They flattered to deceive with a 4-0 victory over lowly Qatar in their opener but discerning pundits could smell, not only age discrepancies, but also poor delivery right in that first match. The midfielders passed the ball backwards more than they pushed it forward. They found it difficult to string five passes together without gifting it to the opponents. In the end, their victory was difficult to celebrate. How could one celebrate a victory that showed so glaring a technical incompetence?

Skimming some years off players’ age on paper never arrests their natural progression. And there is no need to argue that we must procure evidence before raising suspicions. From what the eyes can see, every honest grandfather can point out the players with questionable age in our team. The commentator in the match against USA even wondered how Tijani Muhammed (FC Banik Ostrava, Czech Republic) would look like when fully grown if he was already a giant at 19!

Lest one is accused of being a sore loser, the 0-2 loss to the United States in the second game is not the reason for my angst. Rather, it is that our football governors have again put genuine development on hold for the sake of quick results. Losing is even beneficial and ensures real growth when our squads are within the age range but victories secured from dubious fielding of adults in juvenile competitions are worse than defeats and arrest future successes. When the world expects that dazzling “teenager” to blossom, the old fellow will be caught up by age and start huffing and puffing like an aged lorry climbing a steep hill. Nature never reckons with the age on passport sheets but with the actual day of birth. The clock clicks according to the order of nature, not according to forged and doctored documents.

Wise people learn from defeats and mistakes. It is quite disheartening that Nigerian football seems condemned not to learn from the past. In 1985, we won the inaugural global cadet tournament in China prompting the great Pele to predict that Nigeria would win the World Cup before the end of the 20th century. More than three decades after and 19 years into the 21st century, that prediction remains unfulfilled. In fact, the Super Eagles have never gone beyond the second round. Where is the glory in winning the FIFA Under-17 World Cup five times (1985, 1993, 2007, 2013 and 2015) and not replicating it once at the Under-20 or the World Cup? Where are those dazzling legs that won the 2015 edition in Chile only four years ago save for Samuel Chukwueze, Victor Osimhen and Kelechi Nwakali? Even of this trio, none has yet bloomed fully as a national regular.

The age of cheating should be over for Nigeria. A nation that has paid dearly for age cheating in the past ought not to tread that ruinous path again, even if it is not caught. The stigma of having been banned once and had 26 players disqualified at a tournament for failing a mandatory Magnetic Resonance Imaging (MRI) screening should instruct a more honest approach to team selection than this caricature in Poland. And you cannot remedy this by deleting the players’ pictures from the social media like the NFF reportedly did after fans questioned their ages.

We must not allow ourselves to be deceived that the future can be secured with this Poland misadventure. Some will fly the kite that the team only stumbled against the Americans and will pick up in the next game, and pronto, game on. They will argue that their next opponents, Ukraine, could only beat Qatar, whom they whitewashed 4-0, one nil. Even at that, an ultimate victory of lifting the cup can only be a pyrrhic victory if, at the end of the day, it does not translate to future successes.

Should we console ourselves that there may be teams in the championship breaching the rules? Of course, not. It also does not matter that we did not qualify for the tournament in the last edition. What matters is to grow our game in a truly developmental manner. We cannot secure future greatness with dubious age grade victories. It did not work in the past. It will not work now. The reason we should see the Poland misadventure for what it really is: a destructive illusion of victory in cheating. We must avoid this ruinous road to future failures.