The divine beginnings of modern sports

by The Hope
in Medi Herb
0 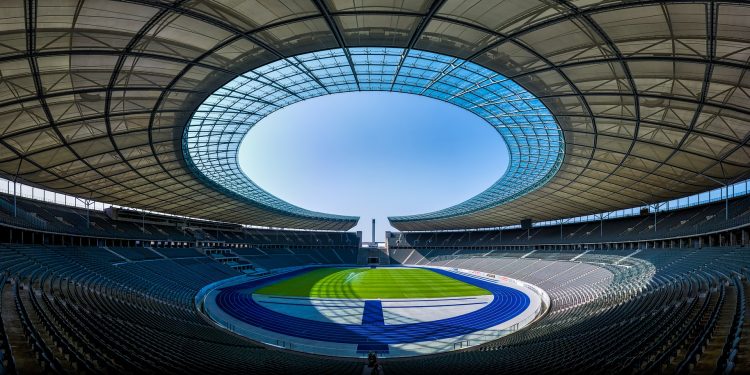 By Steve Alabi
|
There is a strong notion that modern sports owe their beginnings to pagan origin on account of the fact that Olympic Games began in ancient Greece as an annual national athletic festival on the plains of Mount Olympus in honour of Zeus, one of the gods in their mythology. It is true that Christian zealots forcefully abolished the ancient Games in 394 AD under Roman emperor Theodosius I but the story of modern sports is different from that of ancient sports.

Christmas, when mankind relives the birth of our Lord and Saviour, reminds us of the divine beginnings of modern sports and the strong connection between faith and sports. This assertion must not be mistaken for an endorsement of prayer or miracle as a veritable tactic or strategy for sports development or triumph.

We must refrain from submitting sports performance to the indolent resort to which poor skills, faulty tactics and inadequate preparations push some African managers. There have always been scientific explanations for triumphs that seem to belong to the realm of miracles. A weak link in the chain, or a sudden surge of motivation, hunger or never-say-die spirit easily explains sports comebacks and triumphs that seemingly defy explanation.

Ascribing such outstanding performance to prayer or miracle takes what is no more than a game to the realm of spirituality that reduces the divine to the mundane. Men of true faith must resist the temptation to allow faith to be so desecrated. Faith is not physical, except by His grace, and cannot be subject to the wishful sporting preferences or instincts of mere mortals.

We must resist the attraction to seek, by means of prayer, what can be achieved by thought and sweat, particularly in sports. Only the indolent take matters that their hands are capable of doing to God in prayer. The Almighty has already done His part, by providing us with brain and strength. The rest is in our hands. Do you imagine that angels, in all their holy rigour, are busy watching and sorting prayers to determine who wins a mere game somewhere on earth?

Right from the days of the Apostles, sports had always been an instrument of evangelization. In fact, St. Paul used sport metaphors extensively to explain the new faith to the Gentiles. In the Middle Ages, Christians played games on Sundays, feast days and holy days, and depicted such activities in prayer books, stained glass windows and woodcuts of churches and cathedrals. St. Thomas Aquinas even asserted that it was immoderate to be working all the time and that play was necessary for a virtuous life.

The revival of the Olympic Games in their modern form by the distinguished French sports innovator, Pierre de Coubertin owed so much to the strong support from the Vatican. Correspondences between the Vatican Secretary of State, Cardinal Merry de Val and de Coubertin clearly showed the positive inclination of the Holy See towards the project. The Holy Sees concern in sports is eternal. St. John Paul II considered sports an important part of contemporary culture and instituted the Church and Sport Section within the Pontifical Council for the Laity in 2004, with the following aims:

1) to be a point of reference in the Church for national and international sports organizations;

2) to sensitize the local churches to the importance of the pastoral ministry of sports environments, while encouraging cooperation between Catholic sports associations;

3) to foster a sports culture, as a means of bringing about the holistic growth of the person at the service of peace and brotherhood between peoples;

4) to promote the study of specific issues relating to sport, particularly from the ethical point of view;

5) to organize and support initiatives that encourage the Christian witness by sportsmen and sportswomen.

The colonialists and missionaries naturally introduced modern sports to Nigeria upon their arrival. Some of the biggest names in Nigerian sports are products of Christian schools, the likes of Stephen Keshi, Henry Nwosu and Segun Odegbami.

It can be seen from the above that sports have always been and will always be an integral part of the life, mission and activities of the Church. Indeed, sports have their roots firmly in the faith. No one can therefore deny the integrity of sports as a worthwhile vocation. As St. Thomas Aquinas put it, play is necessary for a virtuous life but faith must not be used as a strategy in sports competitions. It is a straight road to failure on the field.