The evils of domestic servants 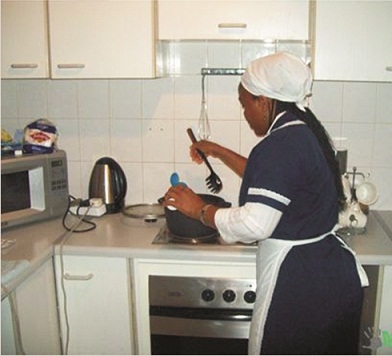 By Maria Famakinwa
|
Many families nowadays employ the services of domestic servants due to the nature and demand of their jobs. Domestic helpers according to findings, will take care of domestic chores because workers are expected to resume at their different offices by 8am and close by 4pm. Majority of those who engage domestic helpers get home late and tired yet, they must attend to house needs and also prepare for the next day work, hence the need for house helpers.

However, as important as the need for house maids may sound, happenings recently had shown that there are risks inherent in hiring domestic staff. Giving examples of how some people who hired house helpers ended up in deep regrets why the unfortunate do not live to tell their bitter tales. Despite warnings from security experts and law enforcement agents that they should be involved if anyone requires the services of domestic servants, many who employed house helps do not follow the normal procedure to guarantee safety. Some due to the urgency to have house helpers think that following normal procedure is a waste of time.

This issue reminded one about the sad tale of the late former Vice Chancellor of the Federal University of Technology Akure(FUTA), Prof Albert Ilemobade who was murdered in 2015 by his two domestic staff in his Akure residence.

The family of Orekoya’s in Lagos State whose house help disappeared with their two children two days after employing her in 2017 before the children were rescued was another case that reminded one of many evils of hiring domestic servant.

It was also reported  last month that a nanny, Becky Johnson stabbed her employer, Yemisi Hassz to death in Abuja. The one that is recent and remains a bitter pill for indigienes of Ondo State to swallow was the gruesome murder of Chief Ope Bademosi, the Baba Lotin of Ondo Kindgom by a suspect, his 22-year-old Togolese domestic servant just 72 hours after his employment. The list of such instances is endless. Those who spoke with The Hope reacted differently on whether it was right to employ domestic servants or not.

A 69-year-old retired teacher, Mrs Abidemi Rasheed who condemned the evil being perpetrated by domestic helpers especially the recent murder of Chief Bademosi, appealed to couples to arrange their daily activities in a way that they can cope without an house maid.

“This can only be done by waking up early to attend to the most important things like cooking, preparing yourself for work and the children for school. I gave the same advice to my daughter when she could no longer cope with her maid and sent her away.

“Since then, she has adjusted  with the help of her husband. After dropping the children in school, she then goes to her office. Though, not easy but necessary after all, you did not have your children for maids to take care of and we have many civil servants who are taking care of their homes without the assistance of domestic servants. During my days as a nursing mother, I never had any domestic staff yet, I have seven children but it always surprise me when couples nowadays who do not believe in having many children are looking for domestic helpers.”

The educationist who further said that the elderly whose children are no longer with them can employ the services of domestic staff. She however advised them not only to know the person’s family but should also involve security experts and law enforcement agents which according to her will help to instill fear and prevent the maid from carrying out evil deeds.

A civil servant, Mrs Folayemi Adu, revealed that she fell in the category of couples who cannot cope without house help due to her office demand. She advised that before employing domestic staff, the family of the person must be known and that there must be a guarantor in case of any eventualities.

On how she has been coping she said that she also face some challenges. “The girl in question is from my village, I know her family and understands her. I do not leave all the house chores for her which is why many are getting it wrong. Myself and my children join her in the house chores. Even atimes, my husband join us  to lessen her work. I learnt this after the third domestic staff left. Maids also want their employers to assist atimes because they can also be tired. “

A counselor, Mrs Ope Adedigba, explained that the atrocities being perpetrated today by domestic workers give credence to how deep the society has degenerated as she observed that this was not the case during the days of our fore-fathers who have different family members living with them even as she advised those who could cope without an house help to do away with them while those who cannot should be very careful before employing anybody.

Her words: “You can do without house maid by reducing your domestic chores. Get washing machine, gas cooker, freezer at home to lessen your domestic work. With these in place, one is left with waking up early for the day’s job and drop the children in school. If you cannot still cope despite this, it is better to put your children in boarding school where their safety will be guaranteed than loosing them to stranger who you cannot identify or know his/her where about.

“Some people I understood  need domestic staff because of their health. Anyone in this regard who cannot get  trusted family members should involve the police before employing anyone, no matter who introduced the maid to them. A civil servant beside my house only allow her house help to come on Saturdays and she has not been having any problem. This is another method as well. But I will want to emphasise that couples with females children should not employ male domestic servant.”

Speaking on why most domestic staff cannot be trusted, she blamed it on modernization, get-rich-quick-syndrome among the youth and the attitude of some domestic staff employers. “On the issue of modernisation, gone are the days when people wanted to be called domestic workers. Those who find themselves in such see it as derogatory and will not want to do it with joy. Another point is that most youth who works as house helpers prefer to work with the rich, so that, they can have access to steal and even kill their employers in order to become rich and ride the latest car. While the attitudes of some employers towards their house maids are also very bad. They treat them the way they cannot  treat their children. In all, hiring a domestic staff is not advisable and if one must, security experts should be involved.”

A security expert, Mr Nicolas  Edward in his submission also urged those in need of domestic servants to always involve security experts who through their experiences will be able to assess the person and carry out necessary investigation before giving their advice on if the person should be employed or not. “If this is done, it will go a long way to detect and prevent looters and killers who pretend to be maids even if they are one’s family because the issue of security start with every individual.”