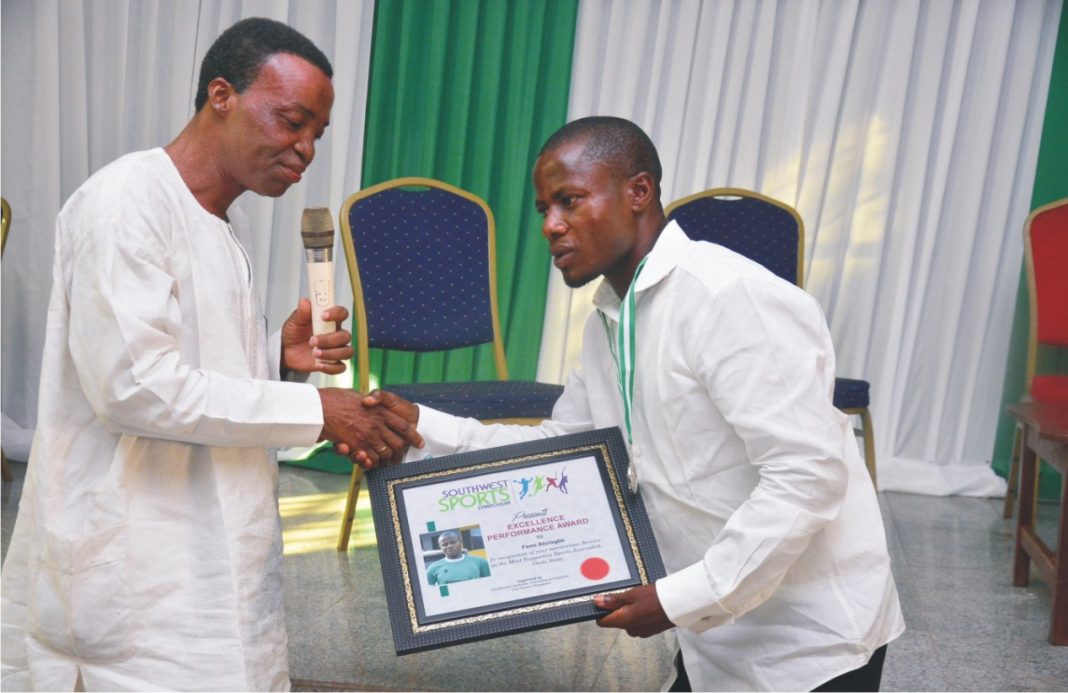 In recognition of his role as the most supportive Sports Journalist in Ondo State, City Movers Magazine has conferred on The Hope Sports Editor, Femi Atolagbe and the General Manager of the state Sports Council(OSSC),Mr Henry Babatunde Excellence Performance Award and Ambassador of Sports.
The Hope Sports Editor’s award came two days after he was recognised by the Royal Global Sports, Nigeria and United Caribean Trust, Barbados for his commitment and dedicated service for reporting football development at the grassroots.
Other awardees included the state Volleyball coach, Mr Adekalu Adeniyi, Divine Ogbonaya,Director General of Ogun State Sports Commission, Mrs Folakemi Iyabode Rotimi, Osun State Taekwondo coach, Mr Edward Ikekhua and Engineer Abiodun Fred Adejo.
The Awards were presented to the awardees at the maiden edition of the South West Sports Symposium held in Akure the state capital, organised by the City Movers Vetures International, publisher of the City Movers Magazine.
In his speech, the chief executive officer of the City Movers Ventures International, Prince Adebayo Adediran said the symposium was out together as a strategic means of contributing their quota to sports development in Nigeria.
He said it’s also away to place South West in an enviable position among other regions in the country.
Adediran added that the South West Symposium was also to recognise performing key players in sporting activities.
Mr. Femi Atolagbe commended the organizers for the recognition done on him, saying the award will spur him to continue giving his best to grassroots sporting activities.
He therefore dedicated the award to God Almighty, his family, Management of Owena Press limited and the entire staff of the organisation.