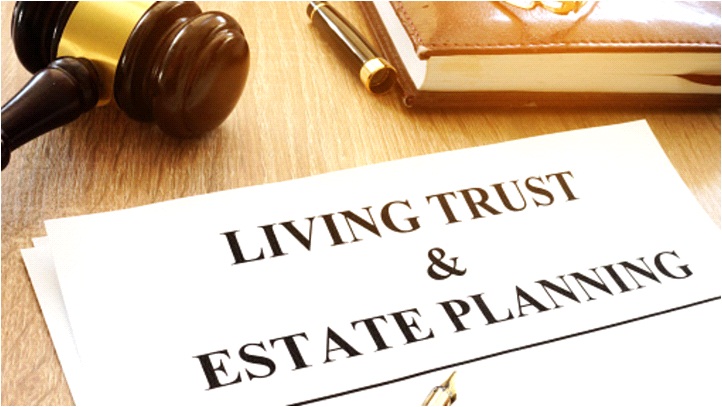 In the journey of life, the only thing certain is death. For a life well-lived, there is a need for family orderliness after the demise of an individual. In ensuring this, one has to plan his/her estate before he/she is incapacitated or no more. One of such instrument for planning one’s estate is by making a Will that will aid in attaining family orderliness in the distribution of the deceased’s estate. The Hope Classics spoke with legal practitioners on the matter. Excerpts:

The main laws that regulate attorney-client communication in Nigeria are the Rules of Professional Conduct for Legal Practitioners (2007), particularly Rule 19 thereof, which imposes a fiduciary duty of confidentiality on attorneys, generally referred to as legal practitioners in Nigeria, as follows: ‘all oral or written communication made by a client to his lawyer in the normal course of professional employment are privileged,’ thereby preventing disclosure of same to third parties.
In addition to the above, legal practitioners are bound by section 192 of the Evidence Act (2011), which prevents legal practitioners from disclosing any communications with their client made in the course of their professional employment, without having obtained the express consent of the client:
No legal practitioner shall at any time be permitted, unless with his client’s express consent, to disclose any communication made to him in the course and for the purpose of his employment . . . or to state the contents of documents which he has become acquainted in the course of his professional employment . . . or to disclose any advice given by him to his client.
Section 16 of the Freedom of Information Act (2011) also recognises attorney-client privilege as an exception to disclosure of information: ‘A public institution may deny an application for information that is subject to the following privileges – (a) legal practitioner-client privilege.’
Nigerian law also recognises the privilege ascribed to attorney-client communication under English common law as laid down in decisions such as that in Horn v Ricard (1975) 61 Cr App R 128 and R v Special Commissioner & Anorex parte Morgan Grenfell & Co Ltd (2002) UKHL to the effect that a client, in the process of obtaining sufficient advice, should feel safe in making disclosures to his or her attorney and such safety would be undermined if the client felt the attorney could readily disclose matters that are to be treated as confidential.

During legal representations, a lot of sensitive matters are usually disclosed to a counsel and it would be unfair to the client if these matters can be divulged without any restrictions. More so, unrestricted disclosure of information would discourage clients from providing information that is important for the determination of a matter. The attorney-client privilege is therefore important as it encourages full and frank disclosure in discussions between legal advisers and their clients without the fear that disclosure of such communications may prejudice the interests of the client in the future.
There are provisions governing the attorney-client privilege under Nigerian law. The Evidence Act 2011 (Evidence Act) mandates a legal practitioner not to disclose any communication made to him in the course and for the purpose of his employment, or state the contents or condition of any document with which he has become acquainted in the course and for the purpose of his professional employment, or disclose any advice given by him to his client in the course and for the purpose of such employment. However, there are exceptions to this provision. Exceptions include the fact that a legal practitioner shall not by virtue of this provision be prevented from disclosure when such information is made in furtherance of any illegal purpose.
A legal practitioner is also not prevented from disclosing any fact observed by such legal practitioner in the course of his employment, showing that any crime or fraud has been committed since the commencement of his employment.
Again, the Rules of Professional Conduct for Legal Practitioners 2007 (RPC), prohibit a lawyer from revealing communications between him and his client for the advantage of the legal practitioner or a third party without the consent of the client.
However, a legal practitioner is not precluded from revealing such communications where the communications evince an intention to commit crime, the communications are required by law or a court order, or the communications are needed by the legal practitioner to establish and collect his fees or to defend himself or his associates in an allegation of wrongful conduct.

The attorney-client privilege is a rule that preserves the confidentiality of communications between lawyers and clients. Under that rule, attorneys may not divulge their clients’ secrets, nor may others force them to. The purpose of the privilege is to encourage clients to openly share information with their lawyers and to let lawyers provide effective representation.
Generally, the attorney-client privilege applies when:
an actual or potential client communicates with a lawyer regarding legal advice
the lawyer is acting in a professional capacity (rather than, for example, as a friend), and
the client intended the communications to be private and acted accordingly.
Lawyers may not reveal oral or written communications with clients that clients reasonably expect to remain private. A lawyer who has received a client’s confidences cannot repeat them to anyone outside the legal team without the client’s consent. In that sense, the privilege is the client’s, not the lawyer’s—the client can decide to forfeit (or waive) the privilege, but the lawyer cannot.
The Client privilege is, strictly speaking, a rule of evidence. It prevents lawyers from testifying about, and from being forced to testify about, their clients’ statements. Independent of that privilege, lawyers also owe their clients a duty of confidentiality. The duty of confidentiality prevents lawyers from even informally discussing information related to their clients’ cases with others. They must keep private almost all information related to representation of the client, even if that information didn’t come from the client.
Lawyer-client communications are covered by the attorney-client privilege only if the circumstances lend themselves to confidentiality. For example, clients who speak to their lawyers about pending lawsuits in private, with no one else present, can reasonably expect secrecy. If someone were to surreptitiously record the conversation, that recording would probably be inadmissible in court.
But a client who speaks to a lawyer in public wouldn’t be able to prevent someone who overheard the conversation from testifying about it. Similarly, a client can forfeit the attorney-client privilege by repeating a conversation with an attorney to someone else, or by having a third person present during a conversation with the lawyer. No matter who hears or learns about a communication, however, the lawyer typically remains obligated not to repeat it.

Only the person making the will, the lawyer and the witness are to know the contents.
A lawyer by rule of professional Conduct will face sanctions if he discloses the content of the will.
Any lawyer who discloses contents of a will without due authoritization can be sued for breach of privacy.
The person involved in such illegal disclosure can be dealt with based on the disciplinary regulations of his or her profession.

Generally, the law prohibits unlawful disclosure of information either as it touches government businesses, services, contracts and undertakings or in respect of civil or private arrangements.
Now concerning will, the law, and indeed morality, good conscience and equity protect illegal disclosure of the contents of a will.
By its nature, a will gets live, speaks and take effect ‘as if it had been executed immediately before the death of the testator unless a contrary intention shall appear by the will’.
Generally in law, given the dangers associated with illegal disclosure of contents of a will, there is a presumption that all information contained in a will is confidential information and another presumption of a non disclosure clause, that is, all the contents of the will is confidential until same is read after the passage of the maker of the will.

How lawful is the intrusion of federal security agencies into states?

Burying corpses in residential areas, what does the law says?

Effects of new NPC bill on freedom of information

Status and roles of Oba under democracy