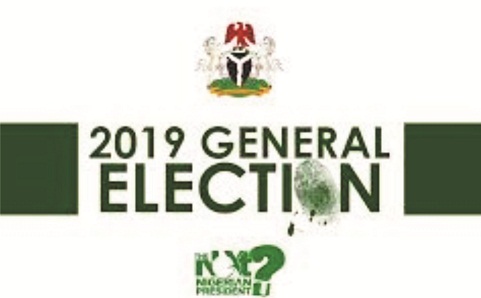 By Bayo Fasunwon
|
T he elders have a saying that, ‘different types of knives emerge at the burial of an elephant’. This saying captures Nigeria’s election year. The election is just about three weeks away, and the media is awash with much juicy and exhilarating news, most of which is steeped deep into propaganda. A man, brainwashed by such propaganda had pitched his tent with a Presidential candidate, while the wife preferred another.  Since the two cannot agree together, then they can no longer walk together. Things had fallen apart in the home; children are left to bear the pain of the outcome – divorce. Politicians are busy saying many things that amount to nothing. Issues are neglected while emphasis is placed on contestants’ personalities, attendee’s population at rallies and of course a promise of El Dorado in the castles of sand.

However, the hottest news is centered on the suspended Chief Justice of Nigeria, Justice Walter Onnoghen. Caught in the web of deliberate or forgotten negligence to truly and fully declare benefits  that had accrued to him from his labours to his fatherland, the law demands retribution. Irked by the technicalities of the judicial system which the executive arm of government felt had hampered the anti corruption crusade, the President wielded the stick of suspension on the accused Chief Justice of Nigeria without recourse to the Nigeria Judicial Council and appointed another in his stead.

The kinsmen of the embattled Onnoghen has threatened terrorist attacks, while the opposition parties are spitting fire, as they point towards a conspiracy to rig the forthcoming elections. While many are of the opinion that the Chief Justice’s arraignment is ill timed, given the elections, others are of the opinion that the President’s tribal sentiments is incurable given the perceived appointment of a northerner as Acting Chief Justice of Nigeria.  The matter has gone beyond whether the suspended Chief Justice is culpable to whether it is the right time to bring him to dock and whether the procedures involved in the issue is just or ultra vires.

These issues however fall outside my purview today. The anti-corruption war seems targeted at the big thieves, while the small consistent official fraudsters are left to roam the streets. While the issue of the CJN is of national concern, that which concerns the populace is the activities of men in positions that defraud the citizens with impunity. This column would focus on just three of these groups, (as identified by the public). Nigerians applauded the good gesture of the Buhari led administration at the announcement of a new and improved salary structure for the men and officer of the Nigeria Police Force.

The step in the right direction brought congratulatory messages to the President and the recipients of the new salaries. However, the question that kept recurring was if the twenty naira and fifty naira settlement fees would stop.   The travails of transport workers and any motorbike rider however provide the information that the status quo remains. The matter is even made worse by the brazen manner in which police officers still extort money and are willing to give change to their victims on Nigeria’s major roads. These extortions indirectly affect the public transport fees as corruption had already been factored into the fares.

The irony of the matter is that while police officers are on the highway, kidnappers and robbers still seem to have a field day on the same roads. Often times, the palpable attacks take place a few meters away from the ‘gallant’ officers of the force. This little act of corruption is a smear on the integrity of the police and puts to question of their innocence on attacks perpetrated under their noses. There is no doubt that there are officers with integrity in the force, however, there is a need to clean the Augean stables of the force, separate the wheat from the shaft and make road extortions a thing of the past. However, many road users also ply the routes with expired or no papers and ought to be arrested. The knowledge of the power of fifty naira also makes them stand on the existing protocols of ignorance to contribute to the unending menace of corruption.

Still on the roads are the vehicle inspection officers. Their modus operandi is tactical and digitalized. Extortion of citizens is executed under the coverage of laws. The truth of the matter however, is that they go beyond the law to separate people and their hard earned cash. Motorists and cyclists are stopped, papers checked and offences identified. Next, the ‘offenders’ are asked to go and pay at the bank for offense committed.

However, an interesting thing is that after ‘impounding’ (that is forceful snatching or robbery) of the vehicle or motorcycles, a teller purportedly of the State Government is issued, without the name of the offender, offence or vehicle number is given. On investigation, the ‘offender’ gets to the bank to pay and is instructed that codes could not be generated. Frustrated, the ‘offender’ reports to the ‘office’ where he is advised to drop the money and that the money would be paid on his behalf. Some six thousand naira is collected, ‘impounded’ vehicles or motor cycles released, without an accompanying government receipt. These corrupt practices should stop henceforth if the nation is to move forward.

Privatisation, the pride of our rulers, as harbingers of development in some aspects has become the masquerades that extort monies from those that subscribe to the services. In many parts of Nigeria, subscribers to epileptic power supply woke to receive outrageous, fraudulent and hypertensive electricity bills from their various distribution companies. For several years, Nigerians, who are ever ready to pay for services rendered, were denied access to pre-paid meters. These digital machines are impartial to the consumers and electricity providers when it comes to service charges. However, the corrupt tendencies of the electricity providers who seek to maximize their profits and minimize service provision has made the prepaid meters unavailable, inaccessible and exorbitant. Consumers are left with no option to make do with analogue meters, and in some cases, no meter at all.

Many analogue meters are not read by the service providers, and in most cases where the meters are read, the figures in recent times have been discarded and billings have been made on the bases of estimation. Estimation is usually to the tune of two hundred units, even when the light supplied is low current, and electricity was lonely supplied for twenty-four hours in a whole month. Consumers who have complained have been told that the amount would be rectified from subsequent calculations, but the experience is that of promises without execution. The most annoying of this daylight robbery is that after accepting the fault, (as Onnoghen did), they refuse the payment of any amount apart from the lies that is written on their fraudulent documents.

Those without analogue or prepaid meters on the other hand have become automated teller machines to the suffering Nigerians. Due to this fraud, it is common news to hear that fraudulent distribution companies have put entire local governments in darkness. The frustration that follows has led to refusal to pay for electricity, attacks on workers of these companies and illegal connections of light. In general, backwardness and underdevelopment prevails in the country.

So many aggrieved consumers have hinted that the distribution companies are on a corrupt and fraudulent mission to rape Nigerians of their hard-earned cash before the enforcement of the compulsory issuance of prepaid meters. They opined that since the distribution companies would insist that the debts on the previous bills be cleared before prepaid meters are issued, they have embarked on fraudulent estimated billing system, as against the lawful reading of analogue meters. If this trend continues, civil disobedience and protests would not be preventable.

However, for those in Edo and Ondo States, complaints can be made to these numbers and or emails: 08039012323, 0903887888, 0903887889, beninforum@nerc.gov.ng customercomplaints@bedcpower.com. If solutions and redress is not forthcoming, 090037808592, 09-4621414, 09-4621424, and complaints@nerc.gov.ng could be the next port of call. For vehicle inspection officers, and unrepentant members of the police force, then the public complaints commission would be of assistance. However, redress should be sort within the ambits of the law and constitution of the country. Commit no crime, while trying to redress a crime.

Do you know of any little Fox that is making life unbearable, and is setting Nigeria backwards? Speak out. Whistle blowing pays.