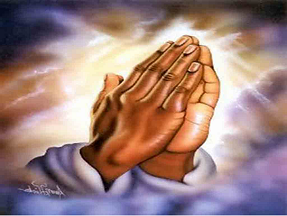 The magic of forgiveness

By Aditi Raman Shridhar
|
There are two ways unpleasant memories greet us – either by playing in our heads when we are alone or as a vivid flashback when we ‘run into’ a person we held responsible for some hurt in the past. The brain stores every emotionally heightened event in the rawest state, which means that the brain can actually make you relive an entire episode exactly as it occurred and irrespective of when it happened in your lifetime.

Hurt, anger, desperation, guilt, shame and vengeance are the lowest quality of emotions one experiences related to anything in life. These are also the hardest to transform since they are dense and heavy in their vibration. The key to transforming low emotions to that of calm, love, care, blessing, peace and joy is only Forgiveness.

Forgiveness is more than an emotion and a religious or moral concept. Forgiveness is now being understood as pure science, a neurological method that changes physiology of the body and mind.

The biggest cultural belief that has hindered many a people from experiencing the joy from forgiveness is that Forgiveness is a sign of weakness. perceive forgiveness as a sign of weakness, submission, or both. Often we find it easier to stigmatize or denigrate our enemies than to empathize with or forgive them. And in a society as competitive as ours, people may hesitate to forgive because they don’t want to relinquish the upper hand in a relationship. “It is much more agreeable to offend and later ask forgiveness than to be offended and grant forgiveness,” said the philosopher Friedrich Nietzche.

The culture can be seen everywhere, ranging from small family groups to larger social communities where people gather to bicker about other people in order to feel better about themselves. Diplomats in the United Nations insult and bicker about each other and ignite national rivalries. Many people hesitate in asking for or granting forgiveness when they feel they have nothing to gain in return.

However, Everett L. Worthington, Jr. (PhD) who is a Commonwealth Professor Emeritus at Virginia Commonwealth University and studies forgiveness, humility and other character strengths and virtues within positive psychology, says forgiveness is no longer practiced by saints or martyrs alone, but by many people conscious of their daily mental habits and choices. And the connection between forgiveness and physical, mental and spiritual health plays a key role in counselling of families, communities and nations these days. The research is still young but there is more than enough evidence to prove this connection.

The science of forgiveness

Psychologist Charlotte Van Witvliet got her research subjects to think about someone who had hurt, mistreated, or offended them. While they thought about this person and their past offense, she monitored their blood pressure, heart rate, facial muscle tension and sweat gland activity. She saw that when people recalled a grudge, their physical arousal soared.

In Everton’s own lab, he says, he measured levels of cortisol in the saliva of 39 people who rated their relationship as either terrific or terrible. The hormone Cortisol metabolizes fat for quick response to stress and after the stress ends, it deposits the fat back where it is easily accessible, which is usually around the waist. People with poor relationships had high baseline levels of cortisol and they also scored worse on a test that measured their general willingness to forgive. People with very happy relationships, on the contrary, were found to have low amounts of cortisol that was in the normal range of a healthy body.

Research has also shown that the unwillingness to forgive affects the immune system at many levels. It is shown to have imbalanced the production of hormones and the effectiveness of cells to fight off infections.

The benefits of forgiveness are seen maximum in human relationships, especially marriages, Everton remarks. The premise of a strong marriage lies on the ability of forgiveness. This is because partners are able to be compassionate towards not only themselves but also their spouses. Forgiveness helps people to take decisions together, have more faith in decisions and outcomes, steer through rough situations together with high will power, instead of lowering the energy of each other by blaming, and they envision better goals and have higher chances than other couples in achieving results.

While we have understood by now the many positives of forgiveness and of course the sense of high self esteem, better mood and better relationships that it offers, the question is how do you really forgive? Many people aren’t able to do it naturally and they find themselves blocked in releasing the hurt easily.

Usually, the science of forgiveness depends on the neurology of your brain.  From a neuropsychological viewpoint, the act of judging a moral situation is incredibly complex and has a lot to do with intentionality – did the perpetrator really mean to do those awful things? What happens in our brain when we know that whoever caused the harm did so unintentionally? New research investigates the neuro-anatomical basis of forgiveness.

A new study by Indrajit Patil examines the role of a brain area called the anterior superior temporal sulcus (aSTS) in forgiving those who make unintentional mistakes. He says Behavioural studies have already shown that when the intention and outcome of an action are conflicting, as in the case of sometimes serious accidental harm, people tend to focus mainly on the intentions when formulating a judgment. And this is more or less a universal feature of mature moral judgments across cultures.

Participants were asked to read each story and were asked to give their moral judgment by answering questions regarding “acceptability” and “blame.” Namely, the participants were asked: “How morally acceptable was [the agent]’s behavior?” and “How much blame does [the agent] deserve?” The volunteers gave answers based on a scale from 1 to 7. In each scenario, there were four parts: some background information; a so-called foreshadowing segment, in which it was suggested that the outcome would be either neutral or harmful; information on the neutral or intentionally harmful mental state of the agent; and, finally, the consequence, which revealed the agent’s action and the resulting outcome.

While answering the questions, the participants’ brain activity was analyzed using vixel-based morphometry, a neuroimaging technique that allows for a holistic examination of brain changes while simultaneously preserving a high degree of brain region specificity.

The researchers also used neuroimaging to localize the neural areas responsible for the so-called theory of mind (ToM). ToM, or “mentalizing,” is a person’s ability to correctly attribute mental states – such as beliefs, intentions, and desires – to others based on their behavior. Mentalizing also refers to the person’s ability to explain and predict other people’s behavior based on these inferences. He saw that people with a more developed aSTS are more inclined to forgive.

Focus on yourself – If your heart does not feel the generosity of forgiveness toward your offender for their sake, then concentrate on the good that forgiveness will do for you, and consider that by giving into negative emotions you are still allowing that person to win the fight. Don’t let darkness overcome the light.

Look onward and upward – If you cannot bring yourself to forget and move on from the hurt inflicted on you, do your best to look forward instead of backward. Redirect the energy of your anger toward a new goal.

Learn a lesson – Write off your bad experience to a valuable education in whatever arena the offense occurred. If you were taken advantage of by a business partner, then glean what lessons you can regarding how you got yourself into a compromising position, and be aware of this and apply it to your future endeavours. Likewise in a relationship, if you ignored red flags, tolerated intolerable behaviour, or somehow set yourself up for this incident to happen, take note. Do not let this happen again.

Take responsibility and let go – Ultimately, we all make our own choices. Whatever position you found yourself in, and whomever you chose to associate with, take responsibility for your action and response. Realise it is done with and no need to ponder on past. And let go with love and compassion.

Forgiveness is an art that is not only divine but also a mark of emotional and spiritual evolution. Practise forgiveness on a daily basis and enjoy remarkable benefits from it in your life and relationships with others.