FEW days ago, the showdown between the Magodo Estate residents in Lagos and some land owners who were bent on enforcing a Supreme Court judgement in Lagos state triggered an altercation between the Lagos State Governor and an unidentified Chief Superintendent of Police [CSP] when the Governor visited the estate to address the continued heavy police presence around the estate. In the video, the unidentified CSP claimed he and his men were manning the estate on the orders of Abubakar Malami, the Attorney-General of the Federation [AGF] and Usman Alkali Baba, the Inspector-General of Police.

THE governor had asked the CSP to call his superiors in Abuja to give him orders for his men to vacate the premises but the officer simply told the governor that he could not do so asking the governor to make the call himself. The governor who told the officer that he had made two separate phone calls to the IGP and the AGF disclosed that the latter told him he was not aware of any deployment of police officers to the area. The governor lamented that the police officers had no business manning the estate as they were not from the Lagos State Police Command. Despite the Governor’s comments, the policemen refused to vacate the estate but instead continued to parade the area.

The Attorney-General of the Federation Abubakar Malami who reportedly gave an approval to the police to implemented a Supreme Court judgement accused the Lagos State Government of not implementing the order, which made them to pass the state in enforcing the order. Following the altercations, the Lagos State Governor on Wednesday met with the judgment creditors, their lawyers, police authorities from Lagos and FCT Commands, executives of Magodo Residents Association as well as government officials.

allout of the meeting was the setting up of a committee chaired by the Attorney general of the state to meet with the judgment creditors today with a view to implementing the Supreme Court judgment of February 2012.

WHILE we agree that the successive administrations in Lagos have erred by refusing to obey the courts, our emphasis is on the constitutional flaw which incapacitates state governors to command the police despite being the chief security officers of their states.

RESPONDING to the refusal of the CSP to the order of Governor Sanwo-Olu, who is the Chief Security Officer of Lagos State, Governors of the South West Nigeria, in a statement signed by their Chairman, Oluwarotimi Akeredolu, SAN condemned the incident, describing it as disconcerting, disgraceful and utter disrespect to the office of the Governor. While describing the incident as a brazen assault on decency, Akeredolu in the statement issued on Wednesday lashed out at the Attorney General, Abubakar Malami over his role in the situation as he termed it as “act of gross moral turpitude.”Akeredolu who also stated that the IGP must explain the justification for the intrusion, maintained that President Muhammadu Buhari must rein in the excesses of those under him.

EXPECTEDLY, the contemptuous act of the police officer in defiance to Governor Sanwo-Olu’s order to vacate the area has generated concerns among Nigerians, knowing fully well the implication of such flagrant disobedience to the authority of a state Governor. The Hope is not unaware of the provision of the Section 215 [2 & 3] of the 1999 Constitution (amended) which states: “The Nigeria Police Force shall be under the command of the Inspector-General of Police and contingents of the Nigeria Police Force stationed in a state shall, subject to the authority of the Inspector-General of Police, be under the command of the Commissioner of Police of that state.” The constitution thus gives total control of the police to the President or the Inspector General of Police, undermining the authority of state Governors, despite being the Chief Security Officers of their states.

THIS is not the first time that some governors would be pushed to a tight corner over their inability to instruct, deploy and command police officers to maintain security in certain cases under this democratic dispensation. A good example was the ugly experience of the Late Governor Adebayo Adefarati [1999-2003] on the police role in the chieftaincy crisis over the Olowo stool in Owo whereby certain elements reined terror on the ancient city for a long time because the police did not respect or obey the governor’s orders to deal with them.

THIS again reinforces the call for state police as governors cannot effectively function as chief security officers of their states without an authority of command. Little wonder Governor Akeredolu has advised the Lagos State Governor to deploy the Amotekun Corps for effective protection and security of his people.

ISSUES like this will ensue as Nigeria is only a federal state in theory but practices unitary system of government and this once again stresses the need for political and economic restructuring of the country. Although the federal government has turned deaf ears to several callings to restructure the country, restructuring, whether now or later is inevitable. This is because a central government derives its strength from the federating units and not the other way round as being run in Nigeria. 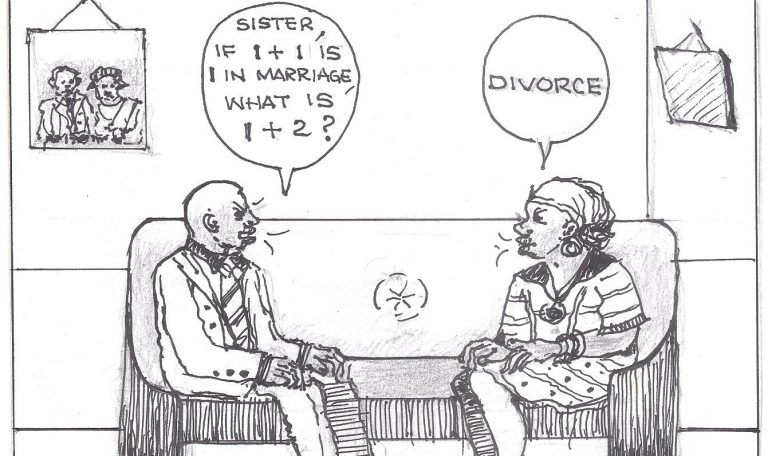