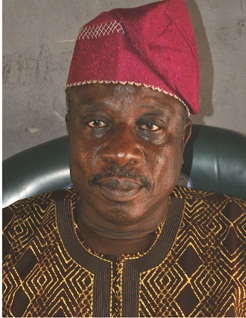 It is not always that a society produces a man who will vividly capture the spirit and mood of his age in a deep and profound sense. As history has shown, such men when they appear, come armed with an extra ordinary canny insight into the needs of the times, they also often come equipped to respond to the pulse of the age with appropriate professional competence to lay the foundation for a new social, information and moral order.

In many ways, Ademola Adetula fits into one of such personages. Born in the ancient town of Owo on August 6, 1952 to the Adetula family of Owo. After his primary education, he proceeded to the All Saints Modern School Owo before attending Aquinas College, Akure between 1968-1972 where he came out in flying colours.

Two things set out to shape the future of Adetula very early in life and career, his family background and an important event at the Kwara State Polytechnic, Ilorin.

The presumes of his future manifested itself in the long list of his brothers and relations who had made outstanding and brilliant careers in Journalism. Coming from a family whose pedigree is deeply rooted in Journalism, it is natural for him judging by the early sensors to take to Journalism. Throughout his educational career, his brief stint at the Kwara State Polytechnic proved the most engaging moment as he was almost rusticated in 1977 when a magazine he was editing nearly threw the campus into an uproar.

It took the personal intervention of late Chief Michael Bolorunduro Asaju, then President of the Nigeria Union of Journalists to save the young Editor and his men. That singular event opened the eyes of the rookie Journalist to the immense power of the press and he resolved on leaving school and against many competing pull to become a journalist and to The Herald, he went in 1978 where he was hired as a reporter.

After many years of unbroken service at The Herald where he rose to become the Group News Editor, Adetula passed through the nitty gritty of Journalism and allowed the profession to pass through him.

The synthesis of that training was the moulding of a freshman into a mind that insisted that social progress will come only through an uncompromising commitment to public service – a term which he likes to define philosophically as a vote towards public good as against private gains.

In his reportorial voyage, he realized the challenges which Journalism posed to an ill equipped reporter and resolved the issue by first upgrading his own knowledge and in 1981 proceeded to the Nigerian Institute of Journalism, (NIJ) Jos Campus where he took a Certificate course in Basic News Reporting.

With his new status, came an early glide in the career ladder. He was transferred to Lagos to cover the House of Representatives, an assignment he discharged excellently.

After a brief engagement in Lagos, he returned to the NIJ in 1983 to pick up a two-year Diploma in Journalism. During the two year programme, Adetula exhibited maturity and impeccable leadership traits. He exhibited these virtues to the admiration of all, a situation which earned him the presidency of the students union, proving once again that those who will show leadership, that the very first qualification is a clear mind, a sharp intelligence and unblinkered knowledge of events.

For the newly acquired knowledge, Adetula was promoted to the News Editorship of The Herald, a duty post he held tenaciously  until July 1,1995 when the Ondo State Government appointed him as The Editor of The Hope.

On assumption as the Editor and later as General Manager   in 1998, he had slowly and meticulously registered and stamped his profile turning The Hope newspaper from a dull tabloid to a serious minded community newspaper in the country.

By 1997, when he took over as the Chief Executive Officer of Owena Press, the anaemic state of the company was posting out a frightening crisis of financial insolvency, low staff morale, and a scruffy image. It is to his credit that The Hope  and  other titles were given fresh bath which allow them to garner rave reviews on prominent electronic media in the country and a strong brand to contend with.

Not satisfied with radical measures to put Owena Press, on the same pedestal with other tabloid, he introduced The Entertainment Hope Magazine in May 2000 to pep up the drudgery of the social scene in the State.

Adetula who is still amazingly boyish is a cosmopolitan journalist, urbane and happily married with children to Princess Moji Adetula.

He was at various times at the prestigious International Institute of Journalism, Berlin, Germany and the New York based Centre for Foreign Journalists for fellowship programmes.

The new Chairman who is a knight of St John International is also an alumnus of Adekunle Ajasin University and holds an LLB Degree from the National Open University of Nigeria (NOUN).