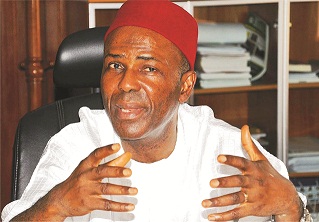 By Adetokunbo Abiola
|
Back in the 1970s, Professor Ayodele Awojobi was a renowned mathematician and lecturer at the University of Lagos.

Rather than rely on theory, he converted his family  car from a right-hand to left-hand drive and was shown on television as an example of what Nigerians could do with their God-given brains.

Awojobi was promised financial assistance and technical support to take his work to the next level, but over forty years on, nothing has been done on his efforts.

It is thus no surprise Nigeria continues to spend billions of naira yearly on imported cars in a massive capital flight not much different from what happened during the slave trade.

Today, numerous people like Awojobi abound all over the country, their inventions treated like trash, while an unthinking nation focuses on crass materialism.

There is Saheed Adepoju, the co-founder of Encipher Limited, a Nigerian-based technology company that introduced the first android power tablet in the country, a gadget that allows users to connect to the internet using its inbuilt wifi card.

The product, which was unveiled roughly eight years ago, offers about three hours of battery life and allows HDMI output to HDMI-capable devices.

There is Col. Oviemo Ovadje, who is credited with the invention of the Emergency Auto Transfusion System, a low-cost and affordable blood transfusion mechanism that saves patients in developing nations.

That product has been patented in nine nations, with organisations such as the United Nations Development Programme (UNDP) and the World Health Organisation (WHO) partnering with the inventor.

There is Sebastine Omeh, best known for his research into the use of wind-propelled turbines to generate electricity.

His work can be used successfully in energy-challenged nations such as Nigeria.

Unfortunately, these inventions have not brought a rapid development to the country, even though the products were crafted to make life easy for millions of Nigerians.

According to researchers, Nigeria is bedeviled by its over-dependence on foreign-made goods, so locally-made products are not encouraged through government or private patronage.

Of course, high government officials realize the importance of these inventions to the nation’s development, but they do nothing substantial to promote them.

“The jet can contain four people plus the pilot,” Kehinde told reporters. “It has a steering like that of an aircraft. It is computerized. If I want to start it, I will press the digital gear system on the control box.”

The invention was so lightly regarded that political thugs from Alimosho Local Government in Lagos State destroyed the work during the 2011 elections, when Kehinde brought it out for a public display.

Prior to that, Kehinde had called on the government, corporate entities and private individuals to lend support but nothing happened.

Babangida promised support on seeing the invention, but Kehinde has yet to receive  any follow up on promises made by very many people who have the financial resources to invest in his projects.

In fairness to government, it has been doing its best to provide some support, but it is too little.

Recently, the federal government gave the sum of N43million to 121 indigenous scientists as grants to boost the commercialization of their inventions and innovations.

The Minister of Science and Technology, Ogbonnaya Onu, said the awardees were chosen after 590 applications from the six geo-political zones of the country.

A breakdown of the money to each awardee shows that a meager three hundred thousand naira was awarded, an amount grossly inadequate as research grants.

It is therefore not surprising that indigenous inventors find it extremely difficult to commercialise their products in the country.

“I keep asking these questions,“ says Kehinde to reporters, “does it mean we don’t encourage invention in this country? Those things we spend a huge amount of money importing, can’t we support our own people to start inventing and producing them here?”

Professor Awojobi asked the same questions over forty years ago, when he brought his invention to the public.

And the future looks bleak, if we direct our searchlights to what is going on in our institutions of learning.

The capacity for technical programmes at the nation’s universities and technical school are inadequate, both quantitatively and qualitatively, with many of the courses taught said to be obsolete.

Consequently, Nigeria is producing insufficient technical education graduates necessary for driving the technological and socio-economic development of the nation.

And for those who graduate, their expertise may not be world class, as they did not get tutorship through effective experiments in conducive laboratories.

Despite all these daunting and obvious challenges, there remain talented and diligent Nigerians who prefer to remain  unsung heroes with their inventions.

Paradoxically, the nation will yet come to them, when Nigerians realize industrialisation cannot be not derived through technology transfer, but by making use of local inventors and scientists.

If the nation does not get this message, it will continue to drift as it has done since the time of its independence.