The scourge of Monkeypox 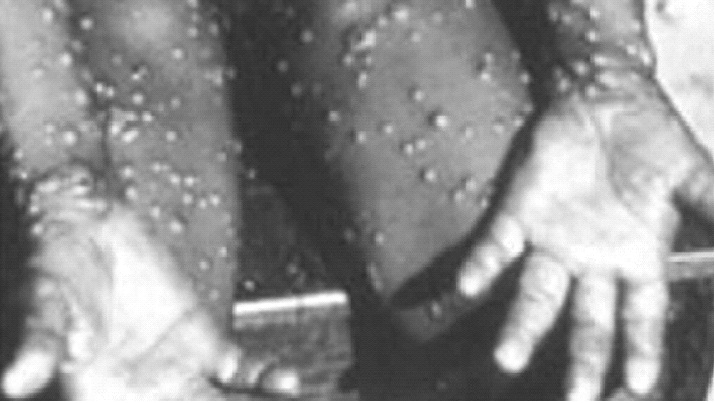 Since September 2017, Nigeria has been experiencing monkeypox outbreak in the country’s history. The Nigeria Center for Disease Control (NCDC) had reported a total of 466 suspected monkeypox cases from 30 states.
During the first six months in 2021, Nigeria had seen 13 confirmed monkeypox cases from five states Delta (3), Bayelsa (2), Lagos (4), Edo (1), Rivers (3). No death has been reported.
Monkeypox, a rare zoonosis that occurs sporadically in forested areas of Central and West Africa, is an orthopoxvirus that can cause fatal illness. The disease manifestations are similar to human smallpox (eradicated since 1980), however human monkeypox is less severe. The disease is self-limiting with symptoms usually resolving within 14–21 days. Treatment is supportive. The virus is transmitted through direct contact with blood, bodily fluids and cutaneous/mucosal lesions of an infected animals (rats, squirrels, monkeys, dormice, striped mice, chimpanzees amongst others rodents) Secondary human-to-human transmission is limited but can occur via exposure to respiratory droplets, contact with infected persons or contaminated materials.
Nigeria Centre for Disease Control (NCDC) has registered 59 suspected cases of monkeypox with 15 confirmed, its director-general, Dr Chikwe Ihekweazu said last week Tuesday in Abuja.
Ihekweazu was reacting to the Dallas, Texas resident who recently returned from Nigeria and tested positive to the disease.
Ihekweazu said just as the agency responded to other epidemic prone diseases in the country, an outbreak would be declared when there was a large cluster of monkeypox cases that constituted an emergency.
“The federal government was notified of the situation in Texas, through the International Health Regulations (IHR), who reported a case of monkeypox disease diagnosed in a patient who had recently visited Nigeria.
“Since the re-emergence of monkeypox in the country in September 2017, the agency has continued to receive reports and responses to sporadic cases of the disease from states across the country.
“We have been working closely with state health ministries to strengthen monkeypox disease surveillance and response in the country.
“We work with the Enhanced Monkeypox Surveillance Project where we have been training health workers across states to rapidly detect and manage cases.
“Our initial focus is on the states with the highest number of cases – Delta, Bayelsa, Rivers and Lagos.
“We will continue working with all states to strengthen monkeypox prevention, detection and control in Nigeria,” he explained.
He urged Nigerians to continue adhering to precautions that protected them from monkeypox and other infectious diseases.
“If you feel ill or have a sudden rash, please visit a hospital for diagnosis and management,” he advised.
Monkeypox infections of that strain are fatal in about one in 100 people, affecting those with weakened immune systems more strongly.
Leye Ayodeji, public health educator, while reacting to outbreak of Monkeypox in Nigeria said “We as a community should tackle the spread of monkeypox then we can wait for government intervention. We can start by avoiding contact and stop consuming bush meat, rats, monkeys and squirrels. This is not to undermine people in the line of that business but it’s just tackle this present health issue on ground before it gets out of hand, Also avoid animals that are sick or that have been found dead in areas where monkeypox occurs, in a situation where an animal is found dead, it is advisable not to eat it.
“And we should also avoid contact with any materials, such as bedding, that has been in contact with a sick animal. Isolate infected patients from others who could be at risk for infection. And mainly, we should adopt washing of hands in our day-to-day living, it should be a part of us, not until there is an outbreak. Wash your hands with soap and water or use an alcohol-based hand sanitizer after contact with infected animals or humans.
“The symptoms of monkeypox begins with fever, headache, muscle aches, backache, swollen lymph nodes, chills, exhaustion. Within 1 to 3 days (sometimes longer) after the appearance of fever, the patient develops a rash, often beginning on the face then spreading to other parts of the body. If anybody feels any of these symptoms or signs and you are not sure, that kind of person should ensure to consult a licensed doctor for further clarifications or call NCDC helpline” he said
A medical lab technician, Adeola Agboola in his contribution to the issue said: “Another virus that is transmitted through contact, Ebola left a scar in Africa, we are still battling Corona virus, now Monkeypox. I believe the only way to prevent this disease from spreading is to ban bush meat. 50% of these diseases spreading around are gotten from animals, we can curb the spread by letting these animals be on their own. I don’t think Nigeria can survive another pandemic, before coronavirus pandemic, Nigerian government had been grappling with weak recovery from the 2014 oil price shock, with GDP growth around 2.3 percent in 2019.
In February, the IMF revised the 2020 GDP growth rate from 2.5 percent to 2 percent, as a result of relatively low oil prices and limited fiscal space. Relatedly, the country’s debt profile has been a source of concern for policymakers and development practitioners as the most recent estimate puts the debt service-to-revenue ratio at 60 percent, which is likely to worsen amid the steep decline in revenue associated with falling oil prices. These constraining factors had aggravated the economic impact of the COVID-19 outbreak and make it more difficult for the government to weather the crisis, now talk of another pandemic? The government should tackle the issue of monkeypox with fast response.”