Home General Interview There was no constituency allowance during our time 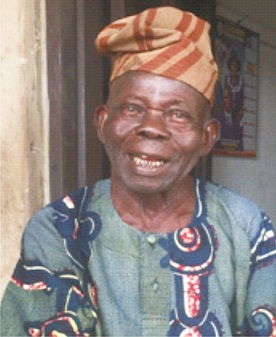 There was no constituency allowance during our time

Senator M. A. E Onunkun (OON),  a  Senator   in  the Second Republic under the platform of the Unity Party of Nigeria (UPN)  representing Ondo South, in this interview with FASUSI MARTINS bears his mind on the National Assembly of today  compared with that of the Second Republic, the legitimacy of the constituency allowance among other issues of interest.

The National Assembly of today and that of  the Second Republic, what are  the differences?

The differences are colossus because during our period in the second republic, I never earned up to one million naira in my tenure even till now that I  have  retired. Because at that time, our salary was N15,200 per year out of which tax was deducted. After this deduction, our take home was N648 monthly. We fixed the salary of the President, it was N50,000 per year. The salary of the entire National Assembly members were the same, our salary was just a little higher than that of members of  the House of Representatives, we later agreed to earn the same salary because we are both members of the National Assembly. My salary at that time for a year could  only buy one Peugeot car.

Sincerely speaking sir,  what are the legitimate duties of lawmakers?

The duties of lawmakers are stated in the constitution,  we know our duties,  during our time,  we worked day and night even on Saturday to consider Bill, raised bills, we dissolved into committees,  that was what we were doing and we didn’t have much recesses like they have now,  we only had two to three recess in a year unlike the one they are having every two weeks now. During our time,  when we go on recesses,  we calculated  three kobo per kilometer as  our allowance,  there was never a time I took up to N60 as allowance .

Sir,  the issue of constituency project   allowance, is it legitimate?

Are our present lawmakers justifying the huge salaries and allowances?

What they are receiving now is devastating,  it is unthinkable. What are they doing with millions of naira every month and still receive constituency allowance. They should sit down and cut down their take home by themselves because the president cannot do it,  they should do it themselves. How can someone explain it,  a country where minimum wage is  N18,000 and someone is receiving up to N15 million as allowance in a month? What will they do  with such money rather than to live a flamboyant life?  So, it is a terrible thing,  they should be the one to think  about all these things and cut down whatever they are receiving.

What system of government  would  you recommend  for  the county to bail us out of  this  quagmire?

What is your assessment of the President Muhammadu Buhari led APC government?

President Buhari is doing his best , he can’t do more than his best . Before now,  the situation in the county  was terrible,  so he needed time to fix the country.

What will be your advice to the government?

I will  advise the government to sit up. I will advise the government not to waste money on frivolities,  they should allow elections to  be free fair and transparent. The money  we are spending on elections is too much, how can you imagine that before an aspirant could get the ticket of a party, he is already spending billion, what then do you expect. The issue of insecurity should be tackled headlong,  look at the herdsmen,  where do  they get guns,  all what we believe here is  that, most of these guns are owned by the military men and they are giving it to  them because most of the cattle belong to them. Security is a thing that government must face squarely.