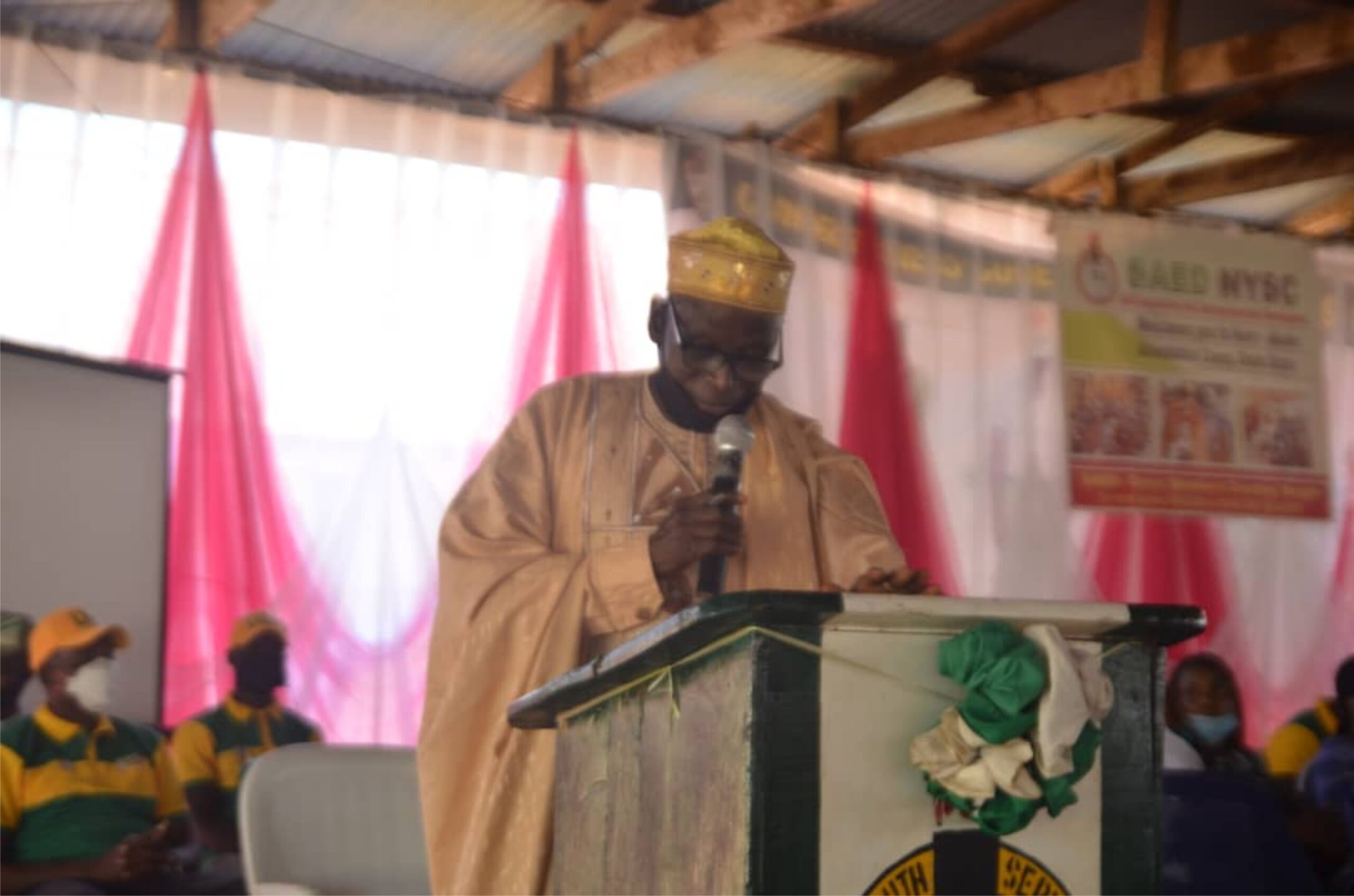 A former Director of the National Youth Service Corps (NYSC), Chief Gabriel Ojo Alonge has charged Corps Members to strive to make their service year remarkable.
Chief Alonge who served as Director, Procurement between 2012 and 2013, gave the charge when he delivered a lecture to the 2020 Batch ‘B’ (Stream 1A) Corps Members deployed to Ondo State and those dislodged from Lagos State.
He advised them to think outside their qualifications to create a world for themselves.
The retired Director who is now a community leader in Iyamoye in Ijumu Local Government of Kogi State advised the Corps members not to engage in any untoward activity in a bid to achieve greatness.
The former NYSC boss said that God has deposited in every human a unique hidden talent which if properly harnessed could change their story from grass to grace.
Chief Alonge said that discipline is a golden attribute which the Corps members should imbibe if they want to move far in life.
Earlier, the State Coordinator, Mrs. Grace Akpabio charged the Corps members to learn and imbibe virtues from the personal information is willing to shares with them.