Three cultists in court for misconduct 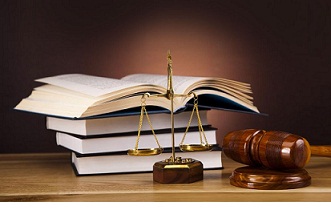 Three cultists in court for misconduct

From Fisayo Akinduro, Osogbo
|
Three suspected cult members have been remanded by an Osogbo Chief Magistrate Court over possession of India hemp and alleged misconduct.

The trio were alleged to have committed the offence on June 13, 2019 around 8 p.m. at the Old garage area in Osogbo.

According to the. police prosecutor, Inspector Rasaki Olaiwola, the accused persons conspired with others still at large, who also belonged to Eiye and Aiye confraternities to cause a breach of public peace.

He said the accused persons were in possession of Cannabis Sativa and a banned substance when they were apprehended.

The accused persons who were arraigned on a five-count charge of cult membership, possession of Cannabis Sativa and breach of public peace, pleaded not guilty to the charges against them.

The defence counsel, Mr. D. Fagbola, prayed the court to allow the accused persons continue on the earlier bail conditions granted him.

The presiding magistrate, Mrs Rohibat Olayemi, declined the bail application and ordered the trio to be kept at Ilesa Correctional facility.

The case was adjourned till December 19, 2019 for hearing.