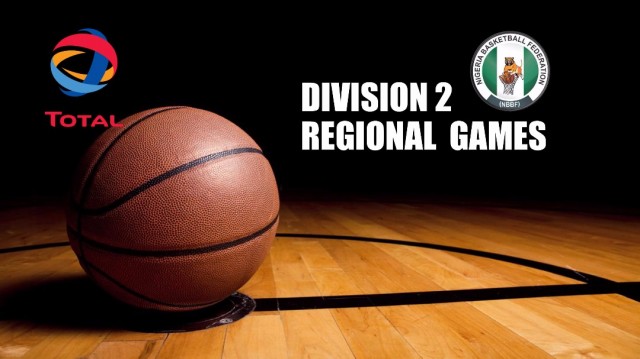 By Femi Atolagbe
|
The City of Lagos ill be agog with basketball activities between the 23rd and 27th of October as eight teams converge on the Indoor Sports Hall of the National Stadium for the National Finals of the Total/NBBF Division 2 league.

The Nigeria Basketball Federation Secretary, Asiegbu Chimezie made the announcement after extensive deliberations with the board, the sponsor, participating teams and stakeholders.

All eyes will be on Surulere where Ondo Kings, Nigerian Prisons Service (Minna), Nassarawa Golden Touch, Taraba Hurricanes and Bukavu Blinks (Kano) will slug it out with CAMAC (Bayelsa), Brave Hearts and Coal City (Enugu) for the first ever Total/NBBF National Division 2 title.

According to him, the latest decision has been communicated to participating clubs and Zonal offices of the NBBF.

In a letter written to all team, arrival date is Monday, 22nd of October for a mandatory pre-match meeting at 6pm before the Total/NBBF Division 2 league National Finals start on the 23rd.

For the first time in the history of the developmental league, over 200 clubs from the 36 states participated with 72 teams qualifying for the Zonal final.

The conference phase played in Akure (Ondo State) and Minna (Niger State) saw 8 teams punching their ticket to the finals of the league being sponsored by Total Nigeria Plc.