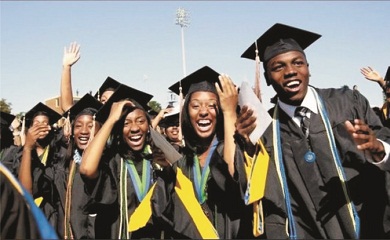 By Evelyn Omotoye
|
The falling standard of education in the country in recent decades has continued to arouse more concerns. The decay in the system right from primary to secondary and tertiary institution is evident in the quality of products being released  into the society year-in year-out.

Several crises in the labour market which lead to inability to solve myriads of problems facing the nation’s economy are no doubt consequences of inadequacies and incompetency of thousands of graduates produced by universities across the country on a regular basis.

While successive governments at federal and state levels have claimed to be showing some commitment through improved budgetary allocation, special trust funds, several programmes and policies in a bid to fix the sector, some scholars among other stakeholders have continued to dissuade the moves, referring to them as a mere lip service and efforts in futility.

According to a public servant, Olubunmi Anthony,  who recently worked in the Human Resource Department of a government office to recruit graduate trainees: “Tertiary education is about the most worrisome. In fact it shows the shame of a nation as people rather get too disappointed in what they experience with graduates than having their expectations meant on the job offered them.

“A case where certificates are being paraded and celebrated at the expense of quality research, knowledge, intelligence, skill and exposure. The best hands are no where to be found despite their certificates with honours, I doubt it if most of those guys would be trainable”, he lamented saying the nation is far away from where it should be.

This among several other instances has kept stakeholders in the sector on their toes to look for ways in proffering various possible practical solutions to restore sanity and lost glory to the nation’s academic system rather than mere paper policies that may never be feasible.

Just recently, a renowned lawyer and university administrator, Aare Afe Babalola (SAN), suggested to National Universities Commission and the Ministry of Education to adopt unified examinations for final year students in every course in Nigerian universities.

According to reports, his advocacy he opined to be one of the potent weapons that can be deployed to engender quality education in the country and rout the culture of laziness in the system.

Babalola said: “I want to suggest to NUC and the Ministry of Education that in order to maintain quality and high standard in Nigerian universities , the final year in all programmes across all our universities should take the same national final examinations.

”In this way, every university shall work hard to ensure that their students pass the national examination thereby ensuring high standard in teaching and learning and bring about education revolution. I am going to present a position paper to the federal government on this and those with influences should join in pushing it.

The legal icon canvassed for education revolution whereby stakeholders will be kept alive to their responsibility to build new generation of Nigerians who are honest, morally upright and hardworking in order to have a new Nigeria.

A Professor of Physical Chemistry, Olu Aboluwoye who aligned with Aare Babalola’s position on unified examinations said what he is canvassing for is very germane going by the many circumstances surrounding universities’ products viz-a-viz economic realities of the nation.

According to him, the joint final examination will in a way make respective administrators sit up and provide necessary facilities as well as quality training to ensure their products have what it takes to compete favourably with their contemporaries.

He said: “What Afe Babalola is canvassing for is germane,  except we are deceiving ourselves. If I was the president or minister for education, I would initiate it following the way our certificates are being rejected abroad nowadays.

“His push is to, in a way, stimulate the vice chancellors, principal officers and university  administrators to seat tight knowing that if their students will have to write same exams with their mates across the country, they must be well equipped to excel, so that they can earn the credit.

“If we all accept WASSCE/NECO/GCE conducted by WAEC as unified secondary exit examinations and we embrace UTME conducted by JAMB to admit students into various higher institutions, why not give consideration for the introduction of unified final university examinations to graduate same students? , he queried.

He expressed great concern on the state of the nation which he attributes to poor performances of ‘scholars from Nigerian universities saying “we are not in any way at per with other standard universities in the world. If you graduate with a first-class in those days,  people would be looking for you, and you could be employed all over the world. But nowadays, first-class has no effect because most of them are not marketable”.

“Why are we still having economic problems when we have an array of scholars? We have graduate-engineers in various fields and we still import engineers to fix our things for us. Why are we still having the power sector in comatose as if there are no engineers, professors and scholars in that field in the country whereas it was not so in the past”, he posited.

Aboluwoye therefore tasked concerned authorities and stakeholders to give this suggestions adequate attention, interrogation and desired support to ensure university graduates in the country are well baked to revamp and sustain the nation’s economy.

Meanwhile, Prof Benjamin Oluwole Akinyele in Crop, Soil and Pest Management Department of Federal University of Technology, Akure differs in his view, saying the suggestion does not apply  because universities run different calendar and courses. He pointed out that it will amount to reducing university education to that of primary school.

His words : “Each university has a council and a senate. It is the senate that regulates the school academic calendar. University is an international institution and  we have to see it as such. So, you can’t remove academic freedom at higher academic level”.

He noted that the federal government is not doing up to expectation as a result of dwindling economic situation of the country, saying that is why there are crises all the time. In ensuring the government is doing well in raising the standard of education,  he said, “ASUU is already trying to address that and this is why we experience strike all the time.

“It is unfortunate some people want to commercialise education , so they are not after the quality but what they get as return particularly the private universities. Even those that are doing well now, when the founder or proprietor gets old and dies, if he or she does not have responsible survivor to take after him, most especially where there is no trust fund to take care of the institution,  the whole thing might collapse”.

On the issue of disparity in certificates at the labour market, Prof. Akinyelure noted that it operates globally. “Go to USA, UK or Germany,  there are universities that are highly rated than others and this is the situation all over the places

“I’m a Professor and I know that I cannot stand where some of my contemporaries  from Harvard University or other international schools stand because we are not well baked here. This is because our books here  are archaic, we are not current at all. The money meant for tertiary institutions for scholarships, grants, researches, conferences and others are not being released.

“And we keep on saying there is no quality education and Nigerian graduates are not employable, whose fault? Who are responsible for this?  Our government functionaries! This is quite unfortunate. USA, UK, Germany are the ones exposing our academics to modern trends in science and technology. They are the ones giving our people full sponsorship”, he revealed.

The don maintained that until the emergence of patriotic leaders,  who are really committed to the progress of this country and show sincere interest in education and fund it well to raise its standard, education will continue to go down the drain

“If our education here is qualitative, and the government as well as indigenous companies are ready to embrace innovations and fund its reproduction, rather than importation, you will see quality research that will boom the manufacturing industry”, he posited.

In his own submission, the Senior Special Assistant to Ondo State Governor on Special Duty and Strategies, Dr. Doyin Odebowale said  the suggestion appears plausible but violates the unique independent essence of institutions of higher learning.

“This facile reduction of serious existential challenges to a simplistic fix-all remedy, which finds expression in unified examinations for all undergraduates, negates the very reason for the existence of universities. It shows that no serious research exists in any university. It violates the principle of originality and peculiarity which supports the research enterprise”, he stated.

Odebowale who is also an academic noted with concern that pthe process of certification, which is often confused with education, is not going to help. He opined that “the problem of education can only be solved, realistically, through a philosophy of education.

“The society must decide on its priority. We cannot be churning out graduates “who need jobs” in a developing country. It shows that our curriculum is fundamentally defective. The curriculum of education must address the challenges of a society. The citizens must be trained to address these challenges. Anything short of that cannot work”, he maintained.