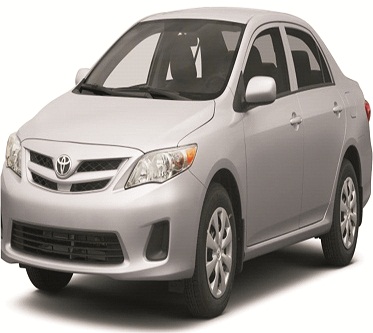 By Tola Gbadamosi
|
Detectives at the Ondo State Police Command have been jolted over the disappearance of a Toyota Car in their custody.

A reliable police source told The Hope Metro, that the vehicle which was an exhibit, was parked within the premises of the Anti-Kidnapping unit of the command.

It was gathered that the whereabout of the said Corolla car with no battery in it, has become a puzzle to the police,  which the police is working round the clock to solve.

But there was an assumption that the perpetrators who stole  the car must have come with battery.

Meanwhile, a police sergeant who was said to be on duty, as at the time the vehicle was stolen, has been arrested and detained at the CID office, police headquarters,  Igabatoro road, Akure, to assist in the investigation.

The Hope Metro learnt that, the sergeant was one of the newly transferred to the Anti-kidnapping section of the Command, the previous day to the day the unfortunate incident  happened.

The police source revealed that this has made the police authority to suspect the sergeant who is now cooling off  in the police cell, while thorough investigation into the matter is ongoing.

A competent police source, who also confirmed the incident said that the police sergeant has been arrested and being detained at the state CID helping the police for investigations.

When The Hope Metro visited the state CID, it was reliably gathered that the police sergeant has tendered his statement about the incident to the police.

While the investigation is still on going to unravel the mystery, it was gathered that police  is working  very  hard  to decode  how  the vehicle  without  battery in their custody  was able to move out from the police station.