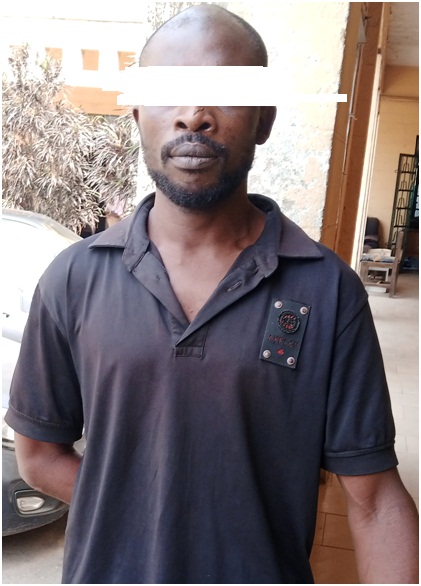 A middle aged trader , Michael Imo John, has been remanded by an Akure Chief Magistrates’ Court over his involvement in armed robbery.

36-year-old John, who claimed to be an electronic dealer allegedly committed the offences at Akure and llesha Expressway, at about 4:20pm, on December 31, 2021.

The State Prosecutor, Barr. Oluwasegun Akeredolu informed the court that the defendant and others still at large armed with dangerous weapons and attempted to rob Osijo Adetunji of his possession.

He stated that the defendant was caught in the act by the Ondo State Operative Security Network Agency codenamed Amotekun and was arrested.

His plea was not taken.

Akeredolu urged the court for an adjournment to enable him forward his case file to the Director of Public Prosecution (DPP) office for  advice.

In her ruling, Chief Magistrate Folasade Aduroja ordered the remand of the defendant in Ondo Correctional facility pending the legal advice from the office of DPP.

Aduroja ruled that the case file should be handed over to the Ministry of Justice.

She thereafter adjourned the case till February 8, 2022 for mention.