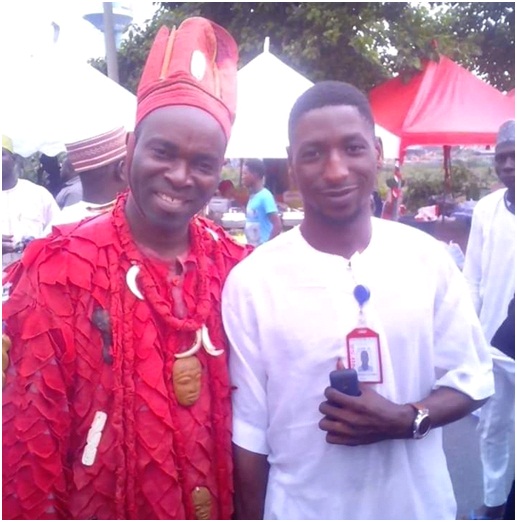 A traditional music artiste has expressed fear over the prevalent lack of interest in traditional music by present generation.
The artiste, who is also a lecturer in Adekunle Ajasin University, Akungba-Akoko, Mr Taye Oloro known by the stage name, Okupe lamented that it has become glaring that the present generation does not want to listen to traditional songs.
This, according to Okupe is further amplified by parents’ wrong mentality of raising children, forcing them to speak foreign languages and not local dialect.
In a chat with Friday Extravaganza, said that “a child who can’t speak his/her native language can’t be expected to listen to cultural music because the child will most probably not understand the music.
He expressed fear over the possible extinction of Yoruba language in the next hundred years if the trend continues.
He said that the responsibility to preserve Yoruba culture lies on all.
Oloro added that if we want our native language and traditional music to survive, we must cultivate the habit of speaking native language and also encourage our children to do the same.
That way, our language and music will not be sidelined by foreign language and music.
He added that he is contributing his own quota by singing reggae, a Jamaican music in Owo dialect in order to propagate Owo cultural heritage.
He also lamented over lack of sponsorship and support toward traditional singers.
According to him, people don’t buy traditional music albums or sponsor traditional artistes.