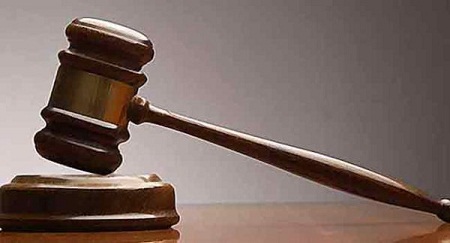 A 47-year-old transporter, Joshua Olayinka Abraham, has been dragged before the Chief Magistrate Court in Ondo town, for fraudulently obtaining the sum of N5,600,000 from three persons.

The police said Abraham fraudulently collected the money with false pretence to help them procure Canadian visas which he failed to do.

The defendant was alleged to have received different amounts of money from Olaniyi Taye, Olanipekun Temidayo and Saka Sadia through an account number 7397050039 with account name Abraham Victor maintained with FCMB bank.

He was said to have ran away and also conducted himself in a manner likely to cause a breach of peace.

The defendant was said to have committed the offence sometime in March 2022 along Yaba, Ondo, contrary to Section 383 and punishable under Sections 419 and 390(9) of the Criminal Code, Cap 37, Volume 1, Laws of Ondo State of Nigeria, 2006.

He, however, entered a non guilty plea.

The police prosecutor, Sergeant, Akao Moremi, informed the court that six witnesses would testify in the case. Hence he applied for a date to enable him study the case file.

The defence lawyer, Adewale Adelakun applied for the bail of his client in most liberal terms.

The presiding Magistrate, Mrs Mosunmola Ikujuni granted the defendant bail in the sum of N1,500,000 with two sureties in like sum and adjourned the case till January 10, 2023, for hearing.