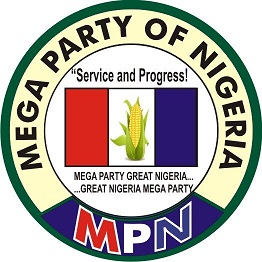 By Sunmola Olowookere
|
Drama played out  at the Ondo State Election Petition Tribunal sitting in Akure, the state capital, as two counsels appeared for the Mega Party of Nigeria, with each  claiming to have superior authority to represent the political party in the case.

The two counsels, Messrs Tolu Babaleye and Bayo Olorunmeke argued verbally for almost two hours with each counsel advancing grounds on who the tribunal should grant the right of audience to represent the political party.

While Babaleye claimed that he was briefed by the National Secretariat of the party, the other counsel argued that the party had not shown interest in pursuing the case which had made aggrieved members of the party in Ondo north to retain him.

From information gathered during the sitting, Babaleye, had earlier withdrawn the petition it filed before the tribunal, challenging the emergence of Ajayi Borrofice in Ondo North on behalf of the party.

The petitioner had also joined the All Progressives Congress (APC) and Independent National Electoral Commission (INEC) in the suit as co-respondents.

Apparently not satisfied by the action of the leaders of the party in withdrawing the suit, some members of the party had briefed another lawyer, Bayo Olorunmeke and brought to court a petition seeking a relisting of the out application which was earlier thrown.

At the commencement of the sitting, Tolu Babaleye vehemently  opposed the appearance of the other counsel while describing him as a vexatious and meddlesome interloper.

He informed the court that he was the only counsel in the case as he had a letter of authority from the National Chairman of the party, Amitu Turaki and that the affidavit he brought to court was deposed to by the state chairman, Biyi Poroye.

Olorunmeke argued that since the party chairman had no interest in pursuing the case, the members had exercised their right by seeking Justice for themselves.

During the sitting, the first respondent, Senator Ajayi Borrofice and his lawyer were conspicuously absent.

Olorunmeke, then, told the court that he had an application before the court, while Babaleye urged the panel not to hear his application claiming that his style of operation was unknown to law.

Babaleye cited the case of Abegunde and Ondo State House of Assembly, in which the Supreme Court ruled that a political party can only function from its national level.

Olorunmeke countered that Babaleye has discontinued with the case, hence had no right of audience to appear before the panel and also informed the panel that Tolu Babaleye was not a party in the case and that he had not served him therefore he  should not present any counter affidavit to his application.

He cited section 137 of the Electoral Law of 2010 as amended which authorized candidates in an election to file petitions.

Babaleye had, however, punctured his argument by informing the panel that none of Olorunmeke’s clients were candidates in the election.

Olorunmeke maintained that they are members of the party and hence had right to justice and urged the court to hear his application and disregard Babaleye’s submission on his right of audience.

Though the panel had earlier told Olorunmeke that only counsel that had been briefed by the political party can represent it, it later decided to hear his application and deliver a ruling on it and his right of audience.

Olorunmeke, therefore, moved his application dated April 12, 2019 in which he prayed for an order of the tribunal vacating its previous order striking out the Mega Party of Nigeria’s s petition before it.

It also prayed for an order relisting the said petition for hearing and such other orders that the tribunal will deem fit to make.

The respondents’ counsel had also opposed the application and urged the court to dismiss it.

The tribunal, thereafter, adjourned the case till May 6 , 2019 for ruling on the application.

Speaking with The Hope after the sitting, the state chairman of Mega Party, Biyi Poroye said that the party had decided to withdraw its suit in order to concentrate on the Kogi state election.