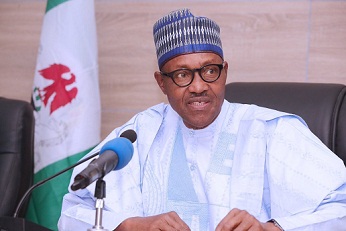 Akeredolu described the judicial victory of the APC and the president at the tribunal as a national victory for all Nigerians.

In a statement signed by Ondo  state Commissioner for Information, Donald Ojogo, Governor Akeredolu said the verdict exuded a combination of very enthralling components which have contributed in no small measure, to the nation’s jurisprudence.

The statement reads, “It is with a deep sense of responsibility that the Ondo State Governor, Arakunrin Oluwarotimi  Akeredolu,  joins numerous other Nigerians to congratulate our great party, the All Progressives Congress (APC) and indeed, our dear President Muhammadu Buhari over this historic judicial victory. It is undoubtedly, a national victory for all Nigerians.

“The verdict exuded a combination of very enthralling components which have contributed in no small measure, to the nation’s jurisprudence. The analytical precisions as well as the near-faultless conclusions have deepened democracy. The enviable industry collectively deployed by the reverred Lordships also depicts great hope for Nigeria’s electoral process.

“Mr Governor believes that, notwithstanding the right of the main opposition and its presidential candidate to test the verdict at the Apex Court, the right time for less distractions in our polity is now. This is more so that, the current security challenges require a mere passing attention but a dexterous unanimity of purpose and national amity devoid of political colourations.”

In a statement signed by his Chief Press Secretary, Ismail Omipidan, shortly after the court’s pronouncement, the governor said the judgement has no doubt laid to rest the tussle over who truly won the February 2019 presidential election.

He said all lovers of democracy must salute the resilience of the judiciary in deepening the country’s democracy through sound and lucid judgements.

“On behalf of the people and Government of the State of Osun, I congratulate our president, Muhammadu Buhari, on his victory at the Presidential Election Petition Tribunal.

“With this judgement, Mr. President will remain focused on the delivery of good governance to Nigerians. It is my hope that the verdict will put an end to the needless bickering, distractions and provocation that greeted the election.

“I congratulate the leadership and all members of our party, the All Progressives Congress (APC) for this victory,” Oyetola said.