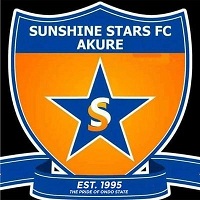 By Steve Alabi
|
The four of us directly involved in the creation of Sunshine Stars of Akure, the late Mr. Adesegun Erinle (then the Sports Council boss), Otunba Omolade Oluwateru (then the FA Chairman), Mr. Kayode Adewumi (then the FA Secretary) and my humble self, were unanimous in our choice of who would be the new club’s pioneer coach. Mike Fabonmi was it. The Military Administrator of the old Ondo State, Col. Ahmed Usman had just written his name into history as the founder of the club that happy day of January 11, 1995. His first action was to ask us to get a top coach for the team. Without any prior discussion, the four of us individually answered that there was such a top coach that could do a good job of raising a formidable team here in the state and his name was Mike Fabonmi. Such was his pedigree that all of us suggested him and no one suggested any other name. Col. Usman immediately approved his appointment.

The approval not only made him the pioneer coach of Sunshine Stars but also the club’s first personnel. The board came later. Before the board was appointed, there was an interim body that took charge for a period. Otunba Oluwateru signed the registration papers as Chairman, Mr. Adewumi as Secretary and my humble self as Team Manager. When the time came for the board to be picked, Otunba Oluwateru and his Secretary selflessly ruled themselves out, paving the way for the late Chief of Army Staff, Lt. Gen. Luka Yusuf (then a Lt. Col. and Commanding Officer of 323 Artillery Brigade, Akure) to be the pioneer Chairman. The new Chairman, who had overseen the establishment of El Kanemi Warriors of Maiduguri in his capacity as Sole Administrator of the Borno State Sports Council, upon being convinced of Fabonmi’s quality, affirmed him formally as the team’s coach.

Fabonmi was in the employ of the Sports Council. In this capacity, he got deployed to football clubs across the state to take charge as Technical Adviser. As usual with the bureaucracy, seniority counted in such matters. Since he had some seniors above him in the Sports Council hierarchy, he usually got deployed to the struggling teams. Rather than be his undoing, this turned into his strength. From Agric Credit FC to NEPA Akure and even secondary schools’ teams, he built a strong reputation for himself as an achiever and winner. It was at NEPA that his light reached its brightest before his appointment as Sunshine Stars’ pioneer coach. He turned NEPA into a dreaded attacking machine that broke the grip of the state’s leading trio, Housing Corporation of Akure, Water Corporation of Ondo and Investcorp Lions of Akure. His squad was later adopted as the nucleus of the fusion of all NEPA teams into a single club, NEPA of Egbin in 1995.

Undaunted by the fact that we had only a few days to put a new team together and the challenge of picking from players who had been unable to get clubs, Fabonmi confronted his task with incredible energy and resourcefulness. He knew he could not do it alone and was humble enough to seek the assistance of others. We had the privilege of working together as Coach and Team Manager. Even though he found my style quite academic, he had no problem trying out new ideas. It is to his eternal credit that he weathered the storm of establishing a new team with a crop of enthusiastic but average players with admirable success. He took the team to the third position and promotion to the second division that first season before an erratic NFA cancelled the promotion at the infamous Port Harcourt Annual General Meeting postseason.

Ambitious traducers seized the opportunity to knife him in the back. Their opportunity came in the Challenge Cup when they contrived defeat from a fairly certain victory for Sunshine Stars in the final. They erroneously thought he was sitting on a gold mine. There was none. He took his redeployment back to the Sports Council with equanimity and went on to reach the pinnacle of his illustrious career before retiring.

Last Wednesday, I was shocked to find a tribute to him on a social media platform. My very good friend and brother, Ayo Ogedengbe, himself a pioneer Board member of Sunshine Stars, confirmed the sad news shortly after. A great soul is gone, one who dedicated his entire life to the development of the beautiful game in our dear state. An alumnus of the National Institute of Sports where he was the Class Governor, his warm and caring attitude, and his dutiful approach to coaching endeared him to many. He earned the sobriquet, Father Tiko, on account of his winning football tactics. He led the Ondo State Coaches Association as the Chairman till he breathed his last.

Father Tiko will be given the last honours at a funeral mass at Sacred Heart Cathedral, Akure on Friday. We hope the current handlers of Sunshine Stars will join in giving him a befitting farewell. The family bleeds again. He was a great member of the family. May his dear soul, and the souls of the family departed, rest in peace, Amen.