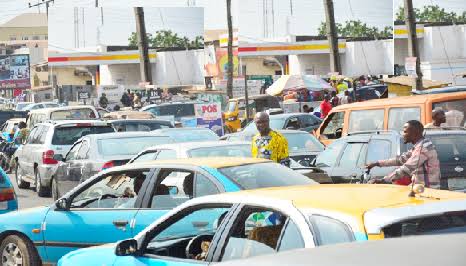 It appears there is no end in sight for the lingering fuel scarcity that has crippled commercial activities across the country.

The crisis seems to be getting worse as most filling stations now sell at exorbitant prices with long queues.

Despite the federal government increasing petrol pump price to N185 to please marketers, very few stations that have the product now sell between N350 and N450.

This has made the transport fares to increase by over 200 percent as the least transport fare within Akure, the Ondo State capital is now N200 as against N50.

At all the stations visited, motorists discussed in hushed tones what they went through, from sleeping in their vehicles all through the night or leaving their houses early in the morning to queue.

One of the motorists, Mr. Kehinde Arowosafe said he had been at a filling station as early as 5:30 am to queue for fuel.

“If you do not come early, you may not get the fuel on time and I still have to go about my business. I need the fuel, if not, my business is grounded,” he explained.

A commercial driver, Sule Amuda told The Hope that he had no choice than to buy at a filling station for N350.

“If I do not buy, how will I work? I have family at home and queuing isn’t helping because before you get petrol, it will take a longer time,” he said.

Some residents have resorted to trekking or begging their neighbours for lifts.

The Hope gathered that commuters pay higher to board commercial vehicles.

For instance, fare between Oba Ile and Fiwasaye that was earlier increased from N50 to N100 has been furthered increased to N150.

Old Garage to Adebowale, Ondo Road and FUTA has jumped from N50 to N200.

Many travellers have dared the risks of taking lifts and “soole” to get to their respective destinations at cheaper fares.

Meanwhile, the fuel scarcity is not only felt in Akure but across South West States and beyond.

In Abeokuta, petrol is sold N265 and above with only few selling the product.

In Ibadan, the situation is also the same as petrol is sold as high as N290 in the few stations that opened for business, while the very few ones selling at N185 were jam-packed by motorists, leading to huge traffic gridlock.

Akeredolu set to campaign for Tinubu, Jimoh Ibrahim, others in Ondo South

Akeredolu set to campaign for Tinubu, Jimoh Ibrahim, others in Ondo South