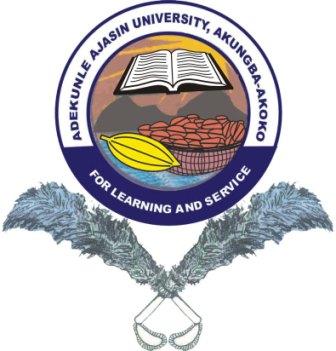 By Adesola Ikulajolu, AAUA
|
The Vice Chancellor of Adekunle Ajasin University Akungba-Akoko, Prof. Igbekele Ajibefun has finally spoken on the issue of tuition saying there is no going back.

The VC made this known in an interview  where he spoke on the standard of the institution and how the institution will manage the huge number of newly matriculated students.

Speaking on the tuition fee, he explained that there is no going back.

He explained that: “The tuition fee issue was concluded more than a year ago, and a set had graduated with it. We all agreed in the office of the Governor where he reduced the fee and the students’ leader who represented the entire students agreed and thanked the Governor for reducing it to that level.”

“It is impossible to ask for reduction after one year, it means by coming years another agitation will come up again. You can’t get quality education without making some sacrifices in terms of payment. We encourage our parents to make efforts to support their children, education is a good investment,” Ajibefun added.

It would be recalled that AAUA held its Matriculation ceremony on June 13 at the Olusegun Obasanjo Multipurpose Hall, where the institution admitted 5,305 students.

While speaking on the admission, Ajibefun said: “Our admission quota for full time is 5,300 and we’ve been doing well because the university can manage the capacity. We have universities that have about 8,000 admission quota and ours is still coming up.

While reacting to the issue of equating the number of students in the institution with the standard of facilities, Ajibefun maintained that the standard has not dropped.

He also commented on the viral Universities ranking list that placed AAUA on 32nd, saying that the ranking is fake.

“NUC is yet to release any new ranking, so there are fake ones flying around. Our university is improving every year and one of the leading universities in Nigeria. United States Transparency International Standards has ranked us as the Best State University in Nigeria. You will agree with me that AAUA is the best in South West.

“If you look at the qualities of our students and alumni as well, you will agree that we are the best. And we shall continue to maintain that”, the AAUA VC said.