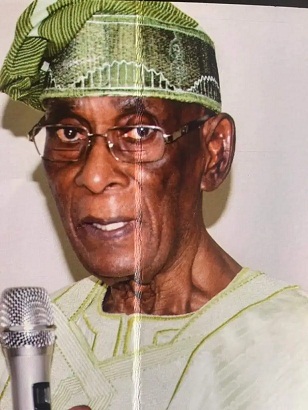 Ondo State Governor, Arakunrin Oluwarotimi Akeredolu, has described the former Military Administrator of the old Ondo State, the late Brigadier-General Sunday Esi Tuoyo as a patriotic Nigerian, whose period in the state was remarkable and phenomenal.

Governor Akeredolu said the late Tuoyo was one of the pillars of the state, who nurtured the old Ondo State, comprising the present Ondo and Ekiti States, into sustainable development.

In a statement released by his Chief Press Secretary, Richard Olatunde, the Governor lamented that the death of the former Military Administrator has again marked depletion of the generation of founding leaders of Ondo State, who toiled to make a name for the state in the country.

Describing his death as a monumental loss for the country, Governor Akeredolu said the retired Brigadier-General served the country meritoriously, with commitment and unwavering desire for a better society.

“We received the news of the passing of Brigadier-General Tuoyo with grief and sadness. On behalf of the good people of Ondo State, I want to express my heartfelt condolences to the family of our departed Elder Statesman. He was a national asset, who made his mark in the service of his country.

“Late Brigadier-General Tuoyo served as Military Administrator of the old Ondo State from July, 1978 to October, 1979, during the military regime of General Olusegun Obasanjo.

“Born in 1938, the retired Brigadier-General Tuoyo handed over the reins of governance to Pa Micheal Adekunle Ajasin, also of blessed memory, as Governor of old Ondo State.

“Undoubtedly, his displayed patriotism, as well as personal commitment to the democratic process that led to the handing-over the rein of power to the first democratically elected Governor in Old Ondo State were very fascinating. He gave his all, with passion and total commitment.

“We acknowledge his contributions to the development of Ondo State and the country at large. His principled stance and candour stood him out as a gentleman officer, who deployed his God-given wisdom for the progress of the country.

“Our consolation as he departed us, remains his footprints on the democratic path, where he served as a veritable and supportive pillar.

“We pray God Almighty to grant the departed eternal rest and sustained the family he left behind”, the Governor added.