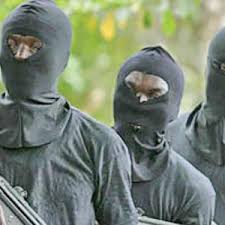 From Victor Akinkuolie, Ado-Ekiti
|
Abductors of the twin brothers and one other person kidnapped along Aramoko-Erio-Efon road in Ekiti state have reduced the ransom to N15 million  naira.

The Hope Metro reliably gathered that the suspected kidnappers had contacted the families of the victims via their telephone and reduced the ransom to the amount.

Among the abductees are Ibadan-based twin; Kehinde and Taiwo Olowoafara, who were kidnapped by suspected abductors at Aramoko Ekiti on Sunday.

Though, policemen, families and friends of the victims were yet to know their locations,  efforts were being intensified to ascertain where they were  being kept.

The police, according to the Public Relations Officer, Mr. Caleb Ikechukwu, has begun a 24-hours, operation in the area in order to rescue the victims.

Ikechukwu added that every resource was being deployed by the police to ensure that those that were held hostage are set freed.

“The command was aware of the kidnap incidents along that route. We have deployed all our resources particularly our personnel to be on the trail of these evil doers.

“We are doing our best to ensure we locate them and set them free.

“ Our concern is to free them and also arrest these evil men and bring them to justice”.

When asked whether they were working in tandem with the victims’ families, the PPRO said, “That is not our concern. Even if the families fail to tell us, we must do our work since the police were aware, he added”.

It was learnt that when the activities of these kidnappers were becoming uncontrollable, soldiers were enlisted last year to comb the expansive forest between Efon and Iwaraja being used as hideout.

The abductors , according to a family source, were requesting a sum of N6 million each from the twin, totaling N12 million, while Mr. Ayo Oladele was asked to pay 3 million ransom as against the N22million that was earlier demanded before they could be let off the hook.