Two in court over alleged threat to life 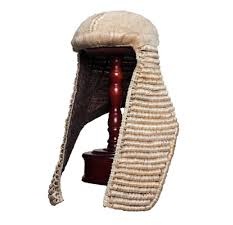 Two persons, Afimo Lawrence, 58, and Kayode Apata, 64, have been arraigned before an Ado-Ekiti Chief Magistrates’ Court over alleged threats to life.
The defendants, who are residents of Omisanjana in Ado-Ekiti metropolis are facing a charge of threats to life.
The prosecutor, Insp.Caleb Leramo, told the court that the defendants and others at large committed the offence on July 9 at about 11:30 a.m in Ado-Ekiti.
He alleged that the defendants and others at large conspired among themselves and threaten to kill one Apata Ilesanmi with cutlass.
Leramo said the offence contravened Section 86 of the Criminal Code, Laws of Ekiti State, 2012.
The prosecutor asked the court for an adjournment to enable him study the case file and present his witnesses.
The defendants pleaded not guilty and their counsel, Mr Opeyemi Ogunremi, urged the court to grant the defendants bail and promised that they would not jump bail.
The Chief Magistrate, Mr Abdulhamid Lawal, in his ruling granted the defendants bail in the sum of N100,000 with two sureties each in like sum .
He therefore adjourned the case until Oct.5 for hearing .