Two in court over car theft 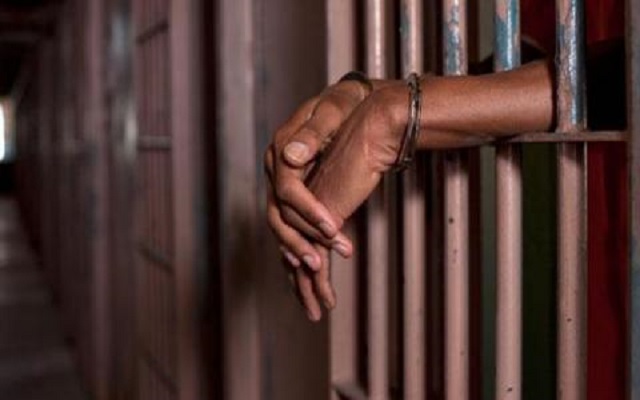 Two in court over car theft

From Fisayo Akinduro, Osogbo
|
Two men, Olanrewaju Akeem, 25 and Omisakin Samuel, 29, have been dragged  before an Ile-Ife Magistrates’ Court over an alleged theft of a Nissan Bus worth N1.6 million.

The accused persons committed the offence on August 21, 2019 at Oni Ilare Street, Ile-Ife.

The Prosecutor, Inspector Sunday Osanyintuyi, told the court that accused stole the Nissan Bus with Reg no. FFE 94 XB, but were caught by the police.

The duo who are facing charges of conspiracy and stealing pleaded not guilty to the two-count charge.

He promised that the accused persons would not jump bail and would provide responsible sureties.

The Magistrate, Mrs Habibat Basiru, granted the accused persons N500,000 bail each with two sureties in like sum.

Basiru directed that the sureties should swear to an affidavit of means and must reside within the court’s jurisdiction.

She also directed that one of the sureties should be a state civil servant on grade level 10 with evidence of three years tax payment to Osun State.

The case was adjourned till October 8, 2019 for mention.