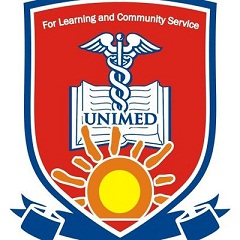 The Vice-Chancellor of University of Medical Sciences (UNIMED), Ondo, Prof. Friday Okonofua has said that the school will be graduating the first set of doctors by year 2020.

He stated this at a World Press Conference organised for the forthcoming maiden convocation ceremony of the university held at the council chamber in the hospital premises.

Okonofua noted that the purpose of the world press conference is to announce the beginning of the first convocation ceremony of the first set of students of the university.

He pointed out that the school will be graduating 40 students from three departments which include Anatomy, Biochemistry and physiology respectively.

The VC added that the school has set a record that other universities will copy from, saying one of the records is that the students will collect their certificates on the day they are graduating from the school.

Okonofua further added that as part of the preparation for the convocation ceremony, the students will be presented to employers of labour in all parts of the country where they will be introduced, counseled, and will be given automatic direct entry if they want to study medicine in the University.

He said post-graduate programmes will start running next year, while advising the graduating students to start their post- graduate programme immediately saying it will help them in their careers.

According to him, for National University Commission (NUC) to accredit a programme, such programme must have been running for at least three years, he said eleven of their courses have attained three years and those eleven courses have been given accredited by NUC.

“We have seven faculties, 1590 students in various faculties and we have 14 programmes which include: Medicine and Surgery, Dentistry, Anatomy, Biochemistry, Physiology, Physiotherapy, Medical laboratory science, Nursing, Mathematics, Physics, Animal and Environmental biology, Chemistry, Microbiology, Plant biology and biotechnology,” he stressed.

Speaking earlier, the chairman convocation committee, Prof. William Olu-Aderounmu lauded Okonofua for his visions which has continually placed the university on the pedestal of honour.